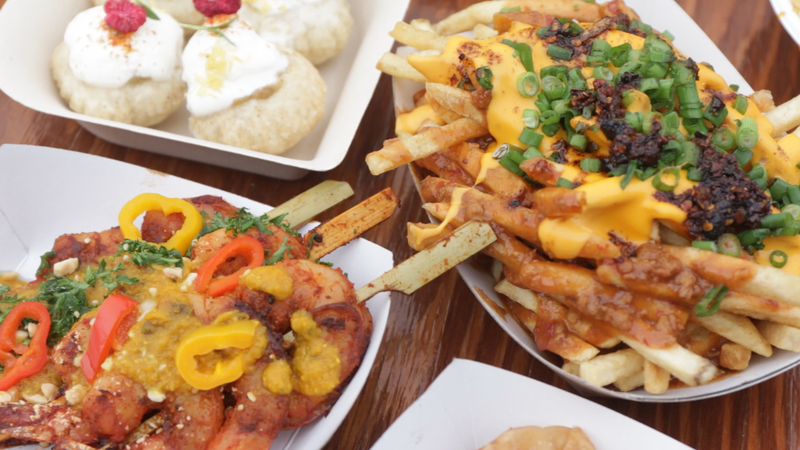 An inside look at the food and drinks of Outside Lands

SAN FRANCISCO -- Outside Lands returned to Golden Gate Park last weekend after a 2-year hiatus. There was lots of excitement over the Halloween weekend, but for some, it wasn't all about the music. Gourmet food and a wide variety of beer and wine options stole the show!

The popular Bay Area event is known for its famed food staples from local restaurants, as well as an abundance of craft beer and artisan wine available at dedicated booths.

Taste of the Bay Area showcases over 85 Bay Area restaurants and food vendors. From award-winning Cambodian cuisine to the best quesabirria tacos this side of Tijuana, there's something on the diverse food lineup to get everyone's mouthwatering.

Pair delicious cuisines with spirits from Beer and Wine Lands!

Did you know that before Wine Lands launched, wine was not available at most music festivals? Wine Lands offers over 100 different wines from some of the most interesting, diverse, and small production California wineries, presented by the very people who make them.

"We think it's a big driver for the festival, for people as an experience," discussed Wine Lands Director Peter Eastlake. "Every year, I think you just see those smiles and people return to Wine Lands."

With its 30 breweries, Beer Lands showcases not only Northern California's most talented brewers, but also the camaraderie that underpins the industry. Curated by Dave McLean of Admiral Maltings, Beer Lands is a celebration of the Bay Area's always-evolving craft brewing community.

"It's an opportunity in a festival setting like this to explore everything that's going on and craft beer in Northern California right now," said McLean. "It's kind of cool to look at the beer list of Beer Lands each year and kind of see a snapshot of what's happening in beer right now."