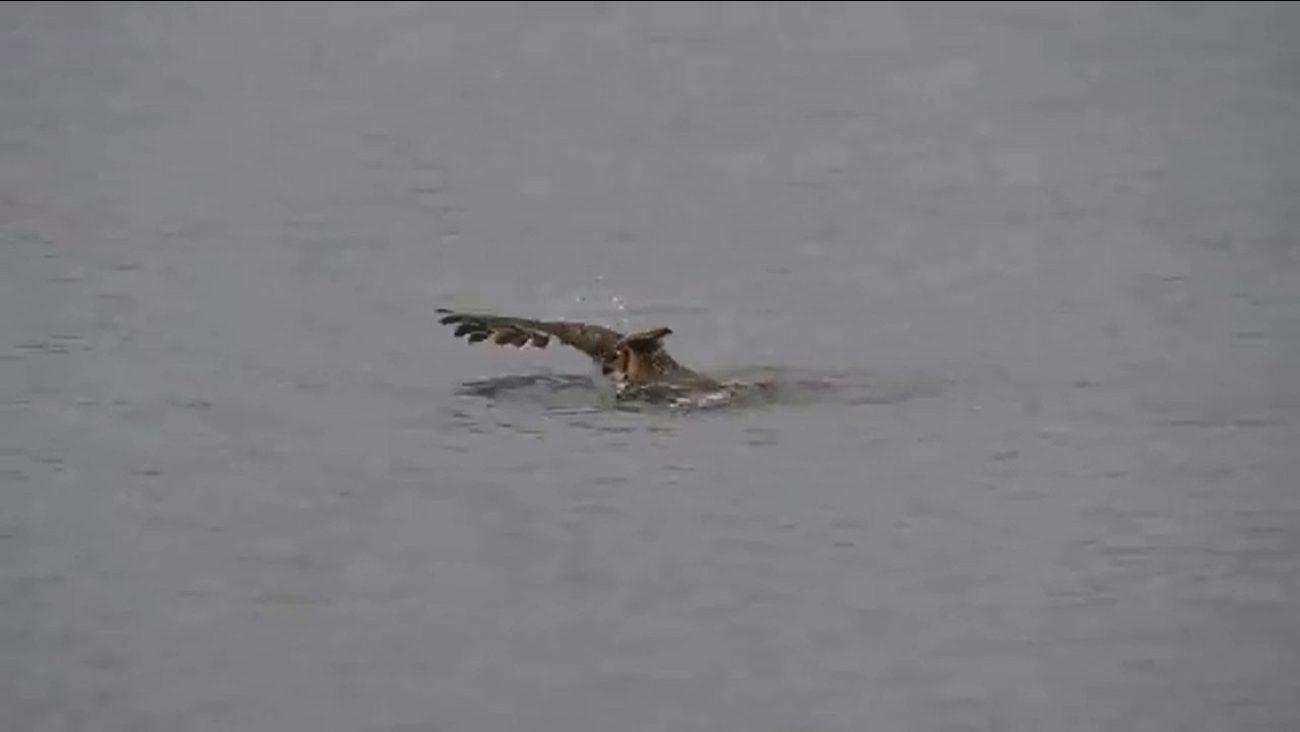 CHICAGO -- A Great horned owl dove into Lake Michigan and began swimming after two Peregrine falcons forced it into the water.

Steven Spitzer was at Loyola Park Beach in Chicago's Rogers Park neighborhood when he saw the owl in Lake Michigan doing what appears to be the equivalent of a breast stroke. Two Peregrine falcons circled overhead.

"The falcon were dive bombing it, but not too seriously. I guess they're not water birds," Spitzer, an avid birdwatcher, said. "I guess they hate each other."

Another man told Spitzer the two Peregrine falcons- a male and female- had swooped in on the owl's tree and chased it into the water. The owl swam at least 15 minutes, maybe up to half an hour, according to Spitzer before it finally got close enough to the shore where a small group of people had gathered.

A man with a metal detector helped the owl out of the water, and then the crowd surrounded the owl- staying back far enough to give the owl space but keep the falcons away.

"There were a fair number of people around. As far as we can tell, it fluttered up the beach a little way and then it flew north. Then they knocked it down again. We stood around again," Spitzer said.

The male falcon eventually flew off, leaving the bigger female Peregrine falcon perched on a nearby pole. That gave the owl a much-needed break, and it took off for a tree. The female falcon gave chase.
Bird rescue groups were called and Spitzer said they watched the owl for a bit to make sure it was OK.

"It can handle one falcon flying at it, but the tag team was too much," Spitzer said.

Spitzer, who lives in Rogers Park, walks every day, "rain or shine or snow, in our climate." The avid birdwatcher said there's plenty of birds to see in Chicago.

"There's not as many (birds) as way out in the country, but the area at Montrose Point, it's a mecca for birders from all over. You can go there and trip over birders on a nice summer day," he said.