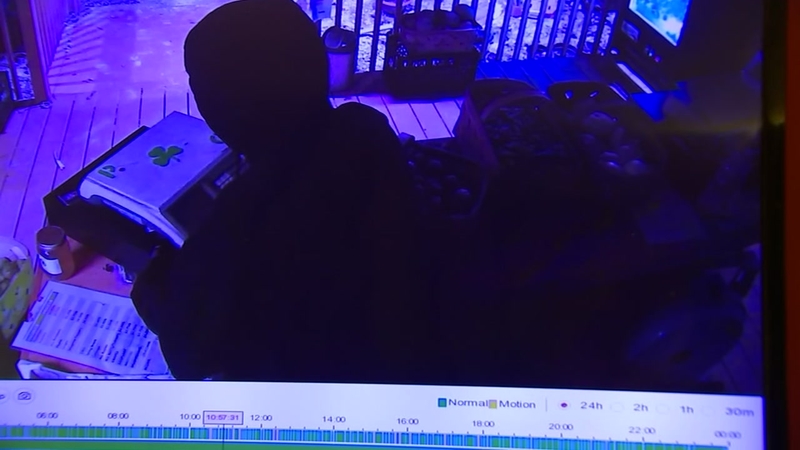 DURHAM, N.C. (WTVD) -- There's a small sign for Perkins Orchard at the edge of a driveway on Barbee Road in Durham, beside what looks like an abandoned fruit and vegetable stand.

But many fans of farm-fresh food know when you turn there and drive a short distance down, there's what owner Donovan Watson calls the largest fresh fruit and vegetable stand in the Bull City.

It's a family business, he says, that did indeed start small, and used the honor system to get payment from customers.

"The fruit stand that was in our driveway since 1970. I took it over formally in '04, when I was ten, and just built it up year after year," Watson said.

Watson assumed full-time ownership of the stand after he graduated high school in 2012. He expanded the business physically, adding a computerized checkout system, more room for the produce he procures from local farms, video screens and most recently, a bigger parking lot to accommodate his growing clientele.

Years ago, his grandmother showed him the importance of building relationships with shoppers.

"She was recovering from breast cancer at the time, and she (considered) it therapy to talk to the customers," Watson said. "So right around 2008 or 9, I started going out there helping customers. We integrated a point of sale system as well. So from that point forward, folks almost expected you to come outside."

His produce includes watermelons, bright yellow or orange on the inside, from Ian McGibney's farm in Hurdle Mills. The two are old friends and former classmates.

"Donny's been amazing about helping me get my business off the ground," McGibney said. "He really supports the local farmers!"

That's why McGibney's counting on Durham police to make an arrest after a robber struck at Perkins Orchard late Thursday night. Surveillance video just before 11 p.m. shows someone in dark clothing who crept up to the checkout area, looked around, snatched the cash register and ran away. The take was a thousand dollars.

But Watson has video of the robber, and shared it with us for this story.

"That's right, we got him on camera, and we hope with the help of the community we can catch this person. Because we don't cause any harm to the community. We're selling fruits and vegetables. And our motto is if you ask us, we can give you more than you can take," Watson said.

Some factors complicate possible clues that could help solve this case.

The lateness of the hour, as well as darkness approaching the stand at the end of a long driveway that starts at Barbee Road then slopes down--people driving by could not see what was happening at the stand itself.

That could have led the thief to talk about what he did afterwards. Now, the owner hopes that somebody who has heard something about the person who pulled the robbery will tell the authorities.

"I'm even offering a cash reward of $1,000, if anybody has any information that leads to an arrest," said Watson. "Because of the fact we don't like people roaming around our city, stealing things that aren't theirs. Ask, before it gets to that point."

McGibney says while business is still brisk for his friend, "It's impacting not just him--the whole stand, it's just a shame. Really sad to hear it."