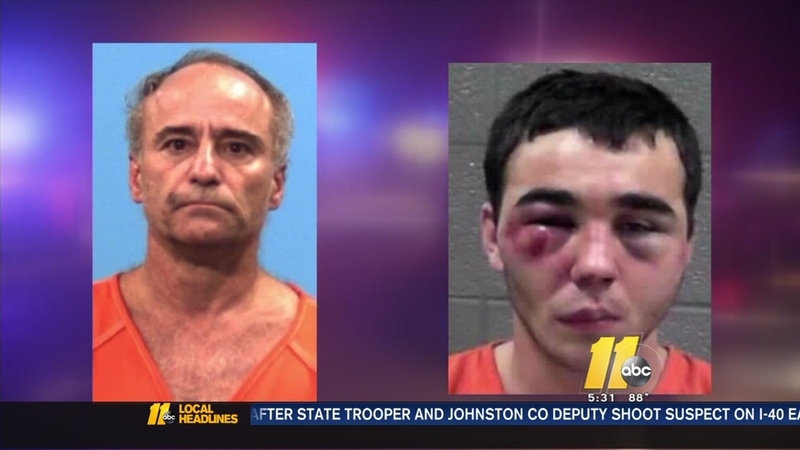 OXFORD, North Carolina (WTVD) -- On the first day of testimony, a law enforcement officer from West Virginia described finding the bodies of a Granville County couple in a ravine.

The trial of Eric Campbell started on Monday in Oxford. He faces the death penalty in the New Year's Eve 2014 murders of 73-year-old Jerome Faulkner and his 62-year-old wife, Dora at their Oak Hill home. Their deaths made national headlines when the accused killers set off on a multi-state crime spree from Texas to West Virginia.

Campbell and his father were arrested for the crimes but 52-year-old Edward Campbell later killed himself in Raleigh's Central Prison. Now his son is putting all the blame on his dad as he tries to stay off death row.

In his opening statement, Campbell's attorney William Durham said the young man's only goal throughout was to survive.

He described the father as an extremely violent man who terrorized his son.

In a pre-trial motion, Durham said Eric thought it was just going to be a robbery.

But in her opening statement, Granville County Assistant District Attorney Allison Capps said Eric Campbell raised money to bond his father out of jail in Texas and was there when chemicals and other supplies intended for murdering someone were purchased before the Faulkners were killed.

After they were dead, Capps said the younger man drove his father to Walmart where supplies used to set the house on fire were bought.

Capps said the men left no mementos for the couple's family to remember them.

"They burned everything that they didn't take," said Capps.

After the murders, the Faulkner's bodies were loaded into their pickup truck, which the Campbells drove to West Virginia.

After a shootout with police there the next day - New Year's 2015 - investigators found the bodies in the truck bed under a mattress.

Sgt. Jeff Vance with the Lewisburg Police Department out of West Virginia made the discovery. He described finding the truck in a ravine and seeing a tarp chained over a mattress.

He broke one of the chains and lifted the mattress.

"That's when I was able to see Jerome Faulkner's, part of his upper body, mainly just his head," Vance said. "And I was able to see, which I later found out was his wife, her feet were laying opposite him on the other side of the truck."

Vance was one of several law enforcement officers from West Virginia to take the stand Monday.