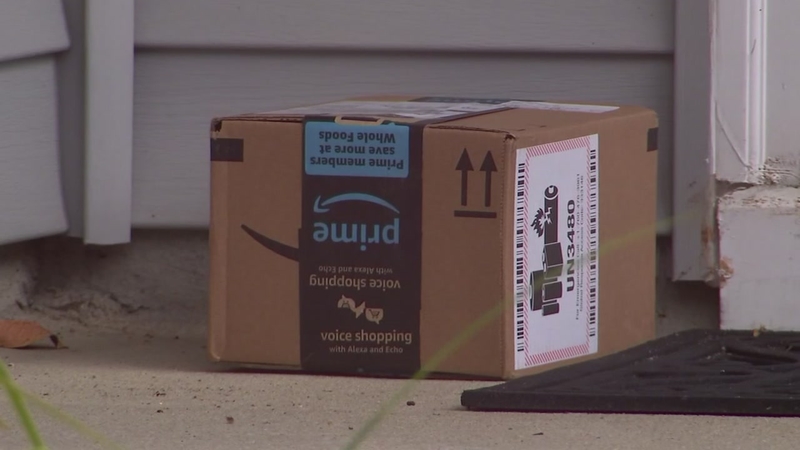 DURHAM, N.C. (WTVD) -- One Durham community is having an issue with what they believe is a porch pirate, a term often used to describe a criminal who steals packages off front porches. Many of the incidents are caught on camera where thieves have shown little regard for getting caught.

In Durham's Bradbury neighborhood, which is nestled between TW Alexander and US-70 in Durham near the Wake County line, plenty of residents have chimed in on Nextdoor to share their misfortune. Michelle McCallop was one of them.

In her Nextdoor posting, she wrote: "We have prescription dog food sent each month, and last week our box containing the dog food was stolen off our porch. Just an FYI to be on the lookout if you are expecting packages."

McCallop does not have a Ring doorbell or any other surveillance system installed in front of her home but is highly considering it. She told ABC11 that she hopes the issue is resolved before the holiday season ramps up and thefts "become more rampant."

Nearby neighbor Katie Dossarie said she believes she fell victim to package thieves one weekend she was out of town, albeit she could not prove it.

"I'm pretty sure it was stolen or delivered to the wrong address," Dossarie said. She contacted Amazon and they quickly corrected the issue. "It's just a shame that we have to think twice especially about ordering around the holidays ... but if it frequently keeps happening, I'm going to have to have video surveillance or take extreme measures in security."

ABC11 reached out to the Durham Police Department for crime statistics, but police were unable to provide any data in time for Wednesday's newscast.

On Thursday, Durham Police said there have been 17 package thefts reported citywide from September 1 through October 15, according to DPD's Crime Analysis Unit.

"They found no reports to DPD about package thefts in the Bradbury neighborhood during that time," DPD said.

ABC11 also contacted US Postal Inspectors but did not receive a response by the time this story aired.