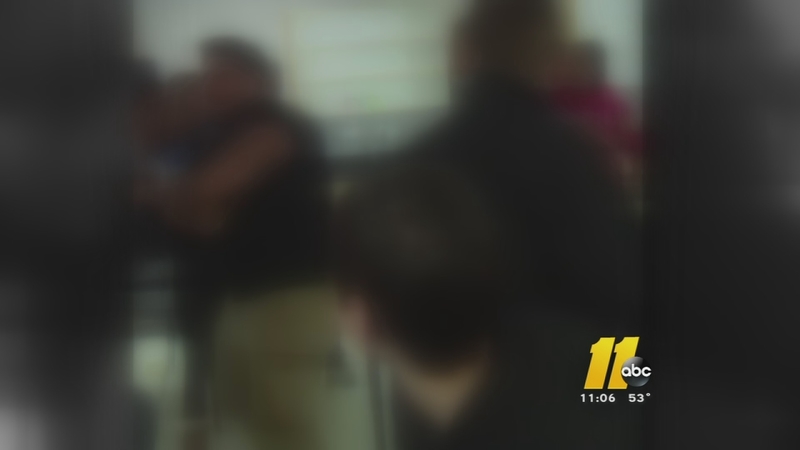 CARY, N.C. (WTVD) -- Fights between students at Panther Creek High School in Cary are blowing up on social media.

A Twitter account called "Panther Creek Fight Videos" has been posting the disturbing images which show violent brawls during the school day.

Concerned parents first alerted ABC11 and the Wake County Public School System to the eyebrow-raising Twitter page. The Panther Creek High School principal quickly began her own investigation which led her to doubt the authenticity of many of the videos.

The initial concern about the videos is understandable. They are frame-by-frame accounts of teenage fist fights supposedly shot at Panther Creek High and posted for the world to see.

The Twitter account is just three-weeks-old with 13 posts documenting seven separate student fights. The incidents include what appears to be a chaotic scene in a science classroom and another in the cafeteria.

After school on Tuesday, Panther Creek students told ABC11 that they were well aware of the Twitter feed. However, no one was willing to comment.
"I don't wanna say anything," said one student before driving away from the school.

On the local social site, Nextdoor, parents reacted in shock to the videos.

One mom wrote, "I'm appalled there's this many fights occurring on school grounds."

Another mom wrote, "My heart aches about the prideful comments the poster has."

After the principal's investigation, the school system called the situation "disappointing."

The Twitter feed's creator is a student at Panther Creek, according to the principal, but the principal said she believes the majority of the videos were not shot on campus.

After analyzing each clip, she determined the fight on the bus was not a state transport vehicle, and the fight in the classroom was not in North Carolina either.

What about the fisticuffs in the cafeteria? The principal said those fights did take place at Panther Creek. But, they were not real fights.

After interviewing the students involved, they said it was all staged for the cameras -- that the students know each other, and no one was hurt.

If this was an attempt by teenagers to get attention and test boundaries, they succeeded. However, the principal is attempting to use the case as a teachable moment.