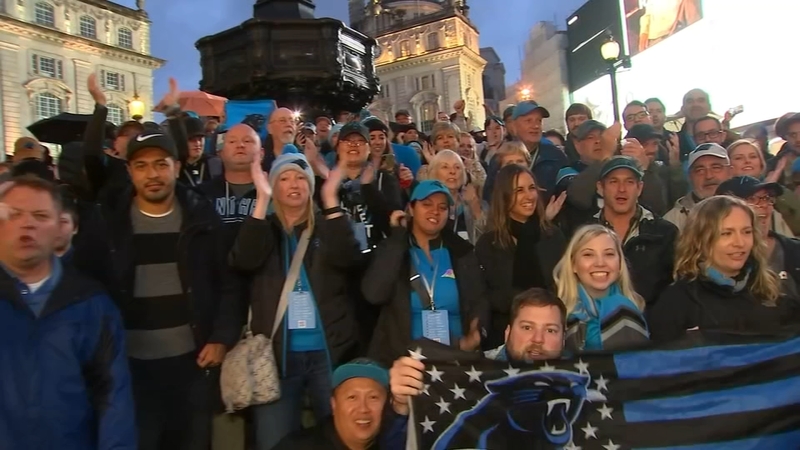 LONDON (WTVD) -- Carolina Panthers fans continue to gather in London to share in the excitement of traveling to see the team's first international game in franchise history.

"This is our first time in London, so, of course, we had to go big and go all out!" Nesbitt added. "It feels like a home game almost."

The pub crawl meetups and rallies are organized by the Roaring Riot.

"So, the Roaring Riot is a group of fans all over the world," explained Oliver Harvey-Jones, one of the coordinators of Roaring Riot UK.

"Now, we've got 39 official chapters and 8,000 members all over the world and they are all Carolina Panthers fans. They're the official, unofficial fan group."

It's easy to spot fans in Panthers blue all around the iconic sights of London. Carolina fans have noticed there aren't many Buccaneer fans around the city. The lack of Florida fans is likely because Tampa Bay has played in London several times.

For the Panthers fans, traveling to see their team play in their first international game is a once in a lifetime experience.

"It very much is like a Super Bowl atmosphere," Harvey-Jones said. "It's not a normal game, there's something special about it, something different."