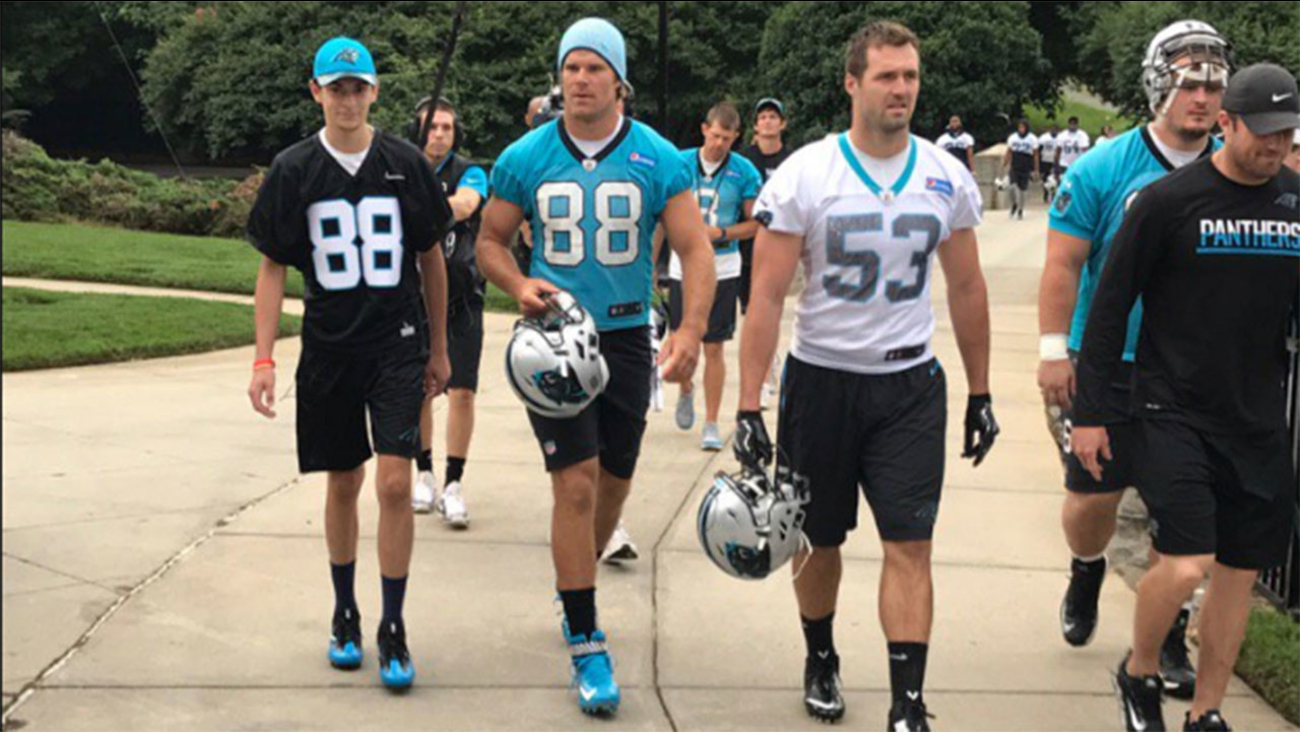 CHARLOTTE, North Carolina (WTVD) -- ABC 11's Joe Mazur was at the Panthers minicamp kick off bright and early. The media was allowed to watch the first 20 minutes of Tuesday's event.

These are the highlights of the first day at the Panthers minicamp:

The big news from Charlotte are the things that didn't happen. QB Cam Newton didn't throw a pass on the 1st of three days of work.

Cam Newton not throwing this week. About as exciting as it gets pic.twitter.com/upweNfvZUX

Coach Ron Rivera reiterated that it's the trainers call and Newton won't be throwing this week. Rivera says "you can see the excitement in his voice as he sees things happen and sees guys making plays."

First round pick Christian McCaffrey came to Charlotte to sign his apartment lease. Then flew back to Colorado. He's not allowed to practice until Thursday thanks to a ridiculous NCAA rule. "It's tough because we believe he can become an integral part of what we can do on the offensive side", says Rivera.

Another no-show, offensive lineman Michael Oher. He spent the morning nearby with a doctor as he continues to deal with health issues. Not ideal. At this point it could just be about getting his money owed versus ever playing again.

Former Tar Heel Julius Peppers strolled into camp with Newton. Peppers is starting his second stint with the Panthers. The 16-year vet was a full participant.

The receiving corp looks stacked. If Devin Funchess can take a step forward the addition of Curtis Samuel can stretch the offense.