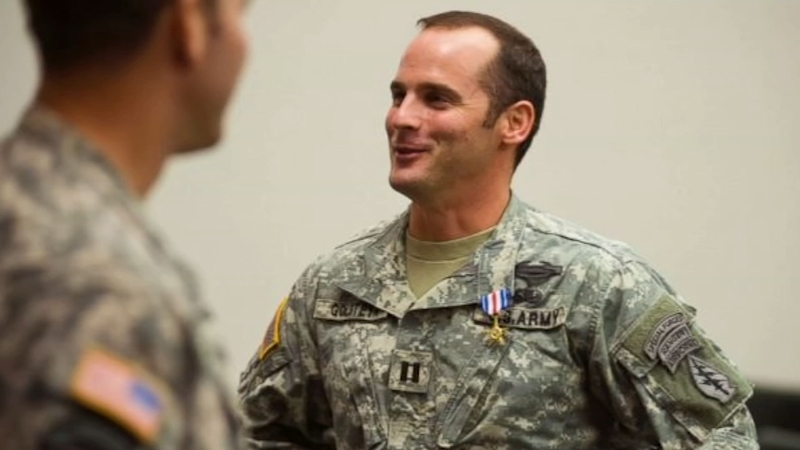 FORT BRAGG, N.C. (WTVD) -- President Donald Trump has issued a full pardon for an Army officer at Fort Bragg who is accused of killing a suspected bomb-maker while deployed in Afghanistan.

A court-martial for Maj. Mathew Golsteyn had been scheduled to begin at Fort Bragg in February.

Golsteyn's attorney said the former Green Beret received a telephone call Friday from President Trump with news of the pardon.

"Our family is profoundly grateful for the President's action," Golsteyn said in a statement. "We have lived in constant fear of this runaway prosecution. Thanks to President Trump, we now have a chance to rebuild our family and lives. With time, I hope to regain my immense pride in having served in our military."

Golsteyn has argued that the Afghan was a legal target because of his behavior at the time of the shooting.

The case attracted Trump's attention. He tweeted that Golsteyn is a "U.S. Military hero" who could face the death penalty "from our own government."

The Army reactivated Golsteyn to face trial and he has lived for the past year near Fort Bragg, away from his family in Virginia, according to his attorney, Philip Stackhouse.

"We were confident we would have prevailed in trial, but this action by the President expedited justice in this case," said Stackhouse. "The Army secretly pursued him for seven years. The origination and true motivation of this prosecution remains a mystery."