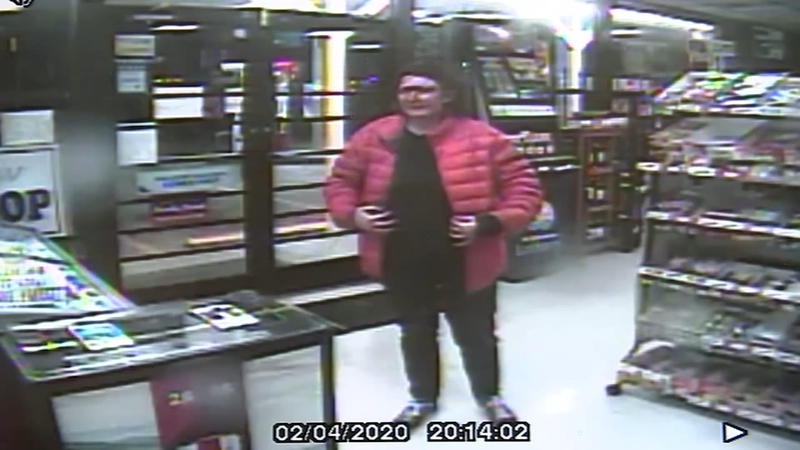 The Orange County Sheriff's Office said in the hours after the incident, a woman covered in blood entered a Mebane convenience store saying she was stabbed.

Surveillance video from The Pop Shoppe, which is nearly 50 miles away from where the stabbing happened, shows the woman appearing to talk and then sit down on the floor by the counter.

1 dead in Wake Forest triple stabbing, woman charged
Just after 7:30 p.m. Tuesday, police were called to the 1100 block of Fairways Villas off Capital Boulevard near the Wake Forest Country Club in Wake Forest for a report of a stabbing.

A man, later identified as Terry Carter, and two women were taken to the hospital. Carter died from his injuries.

A neighbor who did not want to be identified said Carter was president of the homeowner's association.

"I couldn't think of anyone who wouldn't like him immediately," the neighbor said. "He was intelligent, well-spoken, diplomatic and just an awful, awful loss."

Wake Forest Baptist Church Senior Pastor Bill Slater said Carter and his wife were part of his congregation and came to church every night. Slater said he spent Tuesday night at the hospital with Carter's wife.

"Grief has to make sense and this makes no sense," Slater said. "To be able to really deal with this, we trust in God and trust him to God and surround his wife with love."

Slater added that Carter was legally blind and loved singing in the church choir.

"He was here when the doors were open," Slater said. "His special love was for the choir. A lot of people might know he's legally blind. He'd always memorize the music: you would think he was looking at the music but he really memorized it."

The condition of the women who were also injured is unknown at this time.

Nelson is being treated at a medical facility, officials said. Upon release, she will be charged with murder and two counts of assault with a deadly weapon with intent to kill inflicting serious injury.

Orange County deputies said it was determined the woman in the surveillance video was not hurt and the blood was not her own. She was taken to UNC Hospital.

"It is our belief that this woman is a material witness if not a participant of a crime that occurred in Wake Forest; to assist Wake Forest police, we have detained this individual so that they can come to Orange County, speak to her and determine her involvement in the crime," Orange County Sheriff Blackwood said.