Sitting less than 20 feet away, donned in an orange jumpsuit and uncuffed - Lester Kearney; the man who Alford said broke into his home the morning of March 9 and killed his wife, Nancy, before setting the home on fire.

During the probable cause hearing, prosecutors also called the lead investigator of the case with the Warren County Sheriff's Office to the stand, along with a special agent for the State Bureau of Investigation (SBI).

Prosecutors asked the investigator a series of questions that created a timeline beginning "at or around 8 a.m." and ending "around 10 a.m. or sometime after" as noted by the investigator. 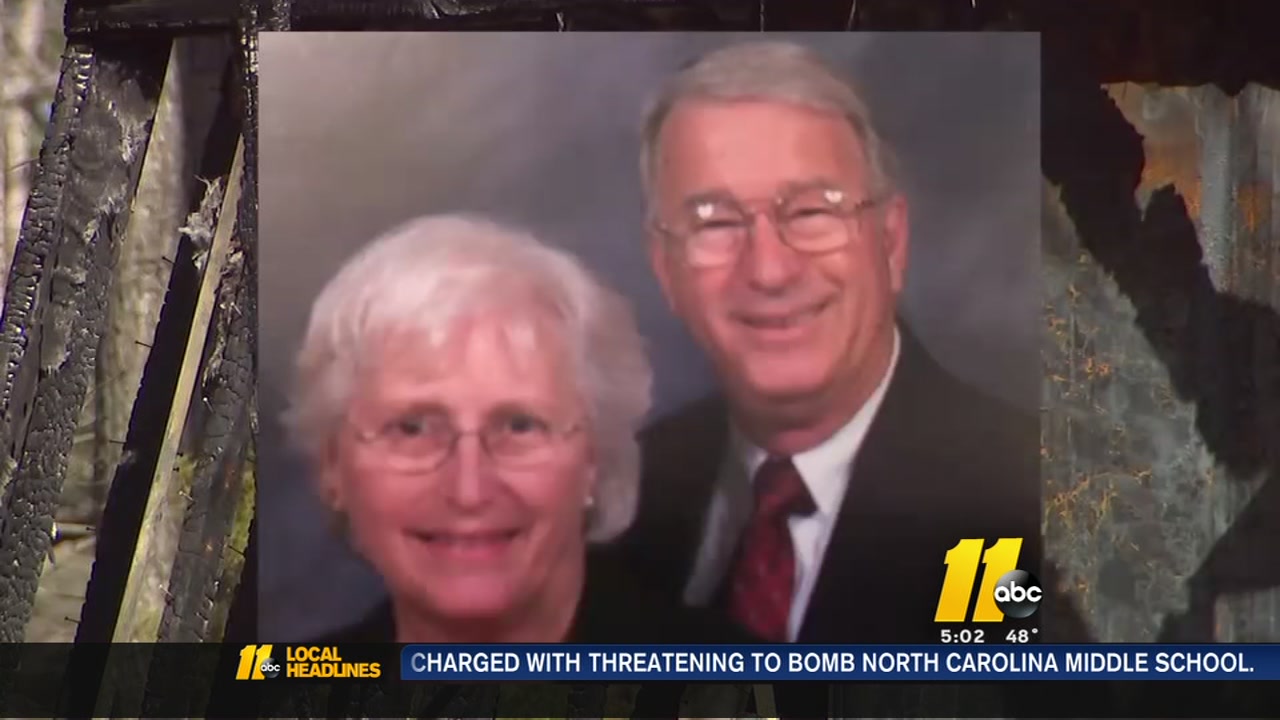 Elderly wife killed, husband severely burned in violent home invasion
There will be a candlelight vigil later this week for a Warren County couple. "I hope they get them whoever it was," said a family friend. "Give them what they deserve."

Throughout questioning, the investigator acknowledged that co-defendant Kevin Munn had been arrested in connection with the couple's stolen Mercedes in Haywood County. Munn told authorities that Kearney was also involved in the crime. At some point, investigators said, Alford mentioned his attacker was "well-spoken," and "didn't use street slang," and had "part of his face covered in flat paint."

Alford is testifying suspect said, “I only want the money!” Wife said they bank at SECU in Roanoke Rapids. Shortly after, Alford heard some shuffling and then it became quiet. He realized suspect and his wife had left the room. #ABC11

The defense argued that the timeline of events presented by investigators - the home invasion, round-trip drive from Littleton to the couple's bank in Roanoke Rapids, and home burning down - is inaccurate.

When asked, investigator John Branch, said a drive to the SECU branch in Roanoke Rapids would have taken "about 40 minutes or so." In addition, the defense attempted to discredit the investigation because Kearney's DNA had not been found at the scene, and he'd only been identified by name and photograph, as opposed to in-person, and a polygraph test had not been taken. 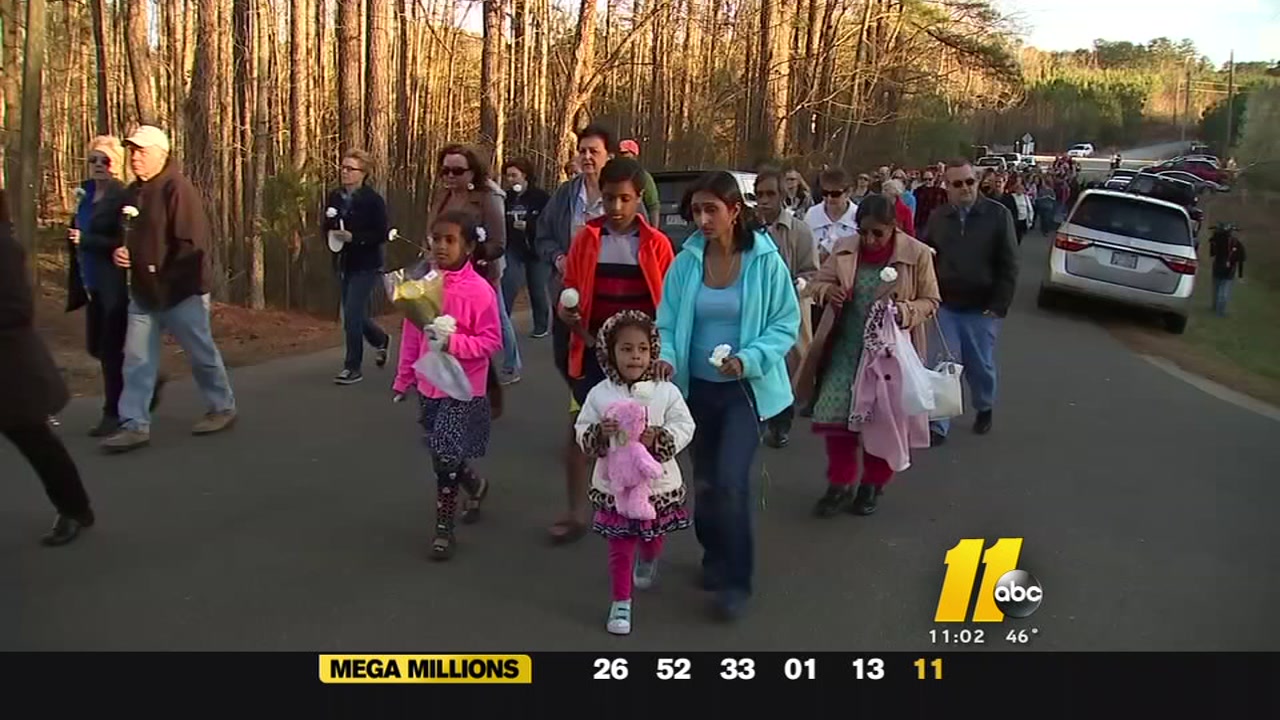 Vigil held for Alford family
The Lake Gaston community grieved, prayed and comforted each other Friday night after a horrific crime.

"I don't know that would benefit him at this time," Branch said.

When Alford entered the courtroom, his pace of walk was slow, and his demeanor calm. After agreeing to testify under oath, the pastor gave a detailed account of that March 9 morning up until the moment his house went up in flames. Alford testified waking up that morning to a man in his bedroom. He initially thought he was dreaming, so he rubbed his eyes, and the man; later identified as Kearney, was still standing in the room. Alford methodically walked the court through his being tied to the bed, to his wife's plea for the attacker to stop, to attempting to rescue her. He said he recalls Nancy shouting, "Oh God, No!" from another room followed by a "kabloom."

Prosecution just asked Alford if his attacker was in the room. Without hesitation, he pointed to defendant Lester Kearney who was sitting a few feet away from him. #ABC11

After hearing Nancy cry for help, Alford was able to break free, "only to be met by flames," he testified. He would later crawl on his hands and knees beneath the flames, but Nancy could no longer be heard.
Presented with all the evidence, the presiding judge found enough evidence to find probable cause against Kearney. 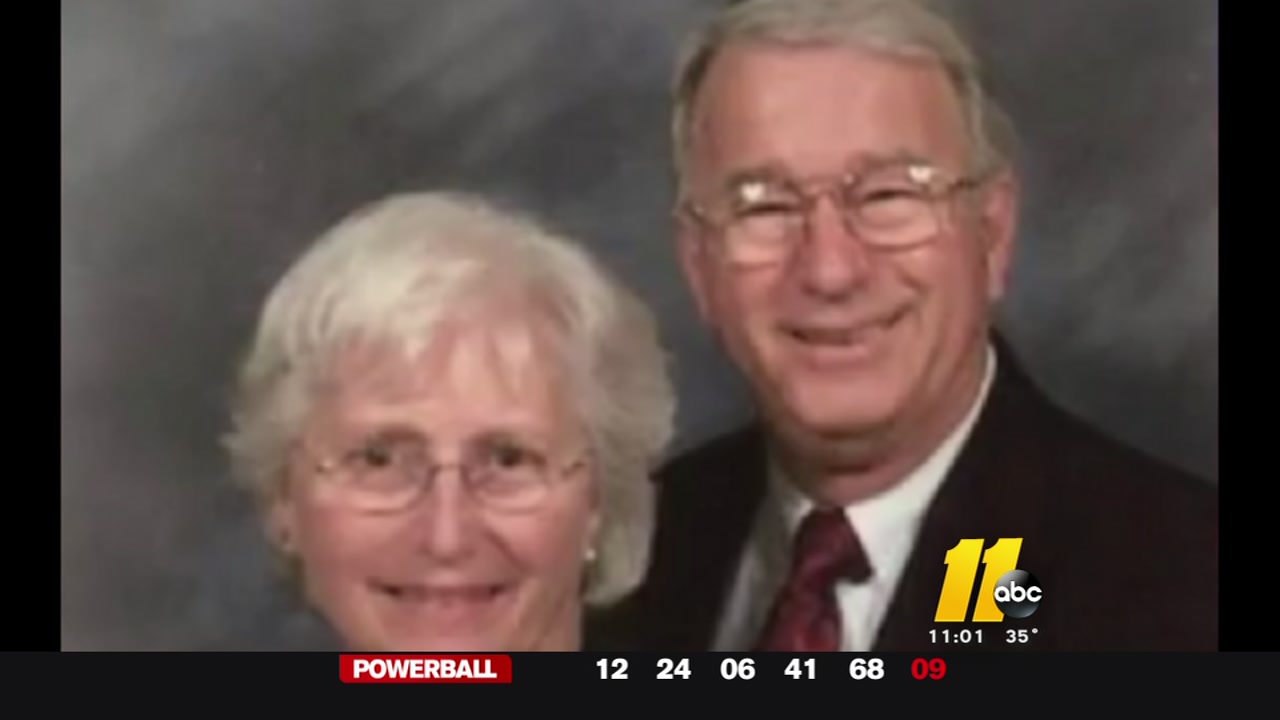 Arrests made in deadly Warren County case
Two arrests have been made in the Warren County home invasion and fire that killed elderly woman according to Warren County District Attorney Mike Waters.

"It's obviously incredibly difficult to be able to come into court and face your (attacker) no matter what the circumstances in a violent crime like this," said district attorney Mike Waters. "I thought (Alford) was very brave and he did an amazing job in relaying obviously a painful memory."