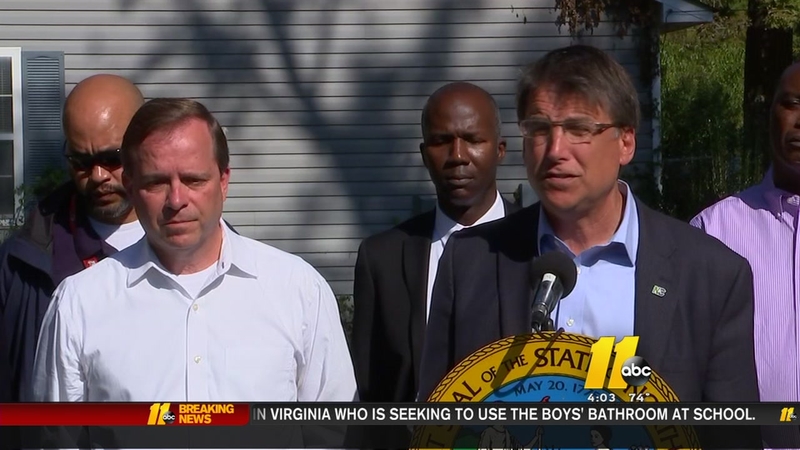 A day after he visited hard-hit Robeson County, the governor stopped in Fayetteville to see the recovery efforts there.

McCrory spoke Friday morning at the Habitat for Humanity annual breakfast before heading over to their Habitat community, Buxton Village.

The organization has played a part in helping Fayetteville residents become homeowners, but once Hurricane Matthew hit, many were left with nothing.

When the storm turned inland, Fayetteville was once of the first cities to get hit. The governor said the city was also one of the first to prepare, though. That's the reason he said he's depending on Fayetteville to lead the way in recovery efforts.

"Fayetteville is almost the role model on how to deal with the flood and how to recover," McCrory said. "It's a long process, but a process in which the private and public sector have to work together."

With housing still the main priority, the governor thanked Habitat for Humanity for their work in recovery efforts. He acknowledged, though, that it will take time to get Fayetteville and the surrounding communities back on their feet.