Controversy over outdoor drinking in Raleigh flares up again 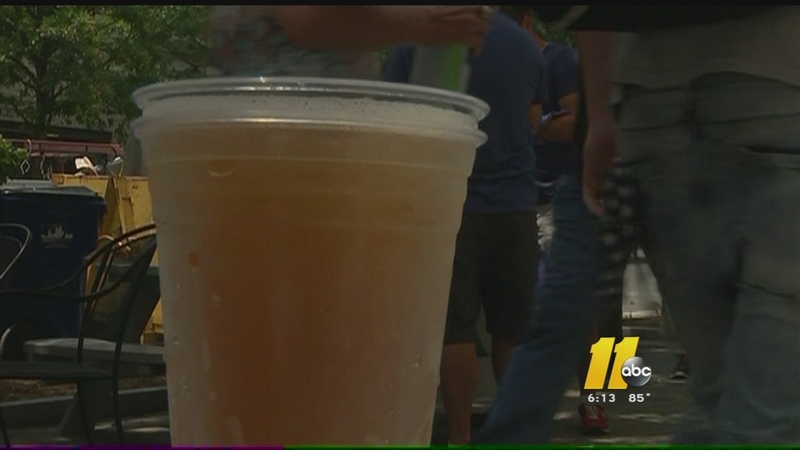 Controversy over outdoor drinking in Raleigh flares up again

As the City gets bigger and more people flock in for downtown eateries, events and entertainment, it's finding that some of the old ways of doing things are becoming well, old.

Tuesday, the Law and Public Safety Committee talked about concerns about outdoor seating at downtown bars and restaurants, and safety on the Fourth of July as the crowds grow.

"It hasn't come up because we haven't had a lot of bars downtown up until very recently," said City Councilwoman Mary-Ann Baldwin.

Baldwin sits on the Safety Committee and says they'll be working through potential solutions to both issues.

One is referred to as a PUPS ordinance (Private Use of Public Space). It would require an establishment to derive at least 30 percent of its revenue from food sales.

Another (the option Baldwin seems most friendly to) would change the wording in the city ordinance from "outdoor dining" to "outdoor seating," and then define the space allotments, volume limits, when outdoor monitoring or security would be required, penalties and citations.

A third proposal would limit outdoor seating after 11 p.m. Baldwin says she's leaning against it.

Whatever the council agrees on, Baldwin said the city will have to start enforcing it. Currently, only restaurants are allowed to have patio seating. However, when the city began its current permitting system seven years ago, it didn't make the distinction between bars and restaurants and outdoor seating permits have been issued to bars ever since.

The other issue Balwin's committee is considering is the growing crowd downtown every Independence Day.

Baldwin said the city attorney is recommending the city council pull all the seating permits on Independence Day to make room for the throngs of people that descend on the city. That would mean no dining or drinking outside during the celebrations on the Fourth.

Baldwin said she's also interested in the implications of the city selling beer out of beer tents.

"If we're selling beer and people aren't being monitored," Baldwin said, "I want to know what that means for the city and whether we're contributing to the problem."

The committee that heard all those comments Tuesday will recommend changes to the full council next week.

First and foremost, the city would start enforcing rules already on the books.

Outdoor patios would have to be roped off to help with that enforcement, but bars would have a one month extension on their permits, which are set to expire June 30.

Click here to see an online petition to save outdoor dining in Raleigh.