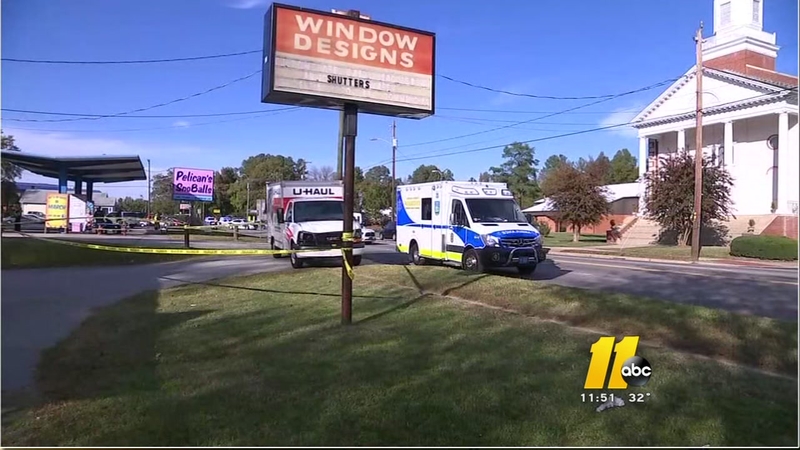 Young mother dies after being hit by truck in Durham

DURHAM (WTVD) -- A young mother is dead after a U-Haul truck jumped the curb on North Roxboro Street in Durham and hit her, according to police.

A chaplain with the Durham Police Department who was on the scene to help comfort the woman's family says she had just left work at Biscuitville.

The restaurant is in the same block where the woman was hit.

The chaplain says she has a small child. Durham police identified her Saturday as 18-year-old Nickey Cureton of Durham.

The driver of the U-Haul was identified as 58-year-old John Gieser, of Spartanburg, S.C. Gieser has been charged with failure to maintain lane control and misdemeanor death by motor vehicle.

Jake Dixon with Triangle Auto Brokers was out on the car lot just after 12:30 p.m. when the crash happened in front of Pelican Snoballs.

"Perfect strangers came to her side genuinely trying to bring her back. The young guy had scrubs on, so obviously he had some medical training and the lady knew CPR as well," Dixon said.

But despite their coordinated efforts, Cureton died at the scene.

Dixon said, "They were really trying their best and they were generally upset, as was I. Because, I mean, you don't see that every day. It was very traumatizing."

This is the second pedestrian fatality in Durham this week.