Pedestrian dies after being struck by car in Raleigh 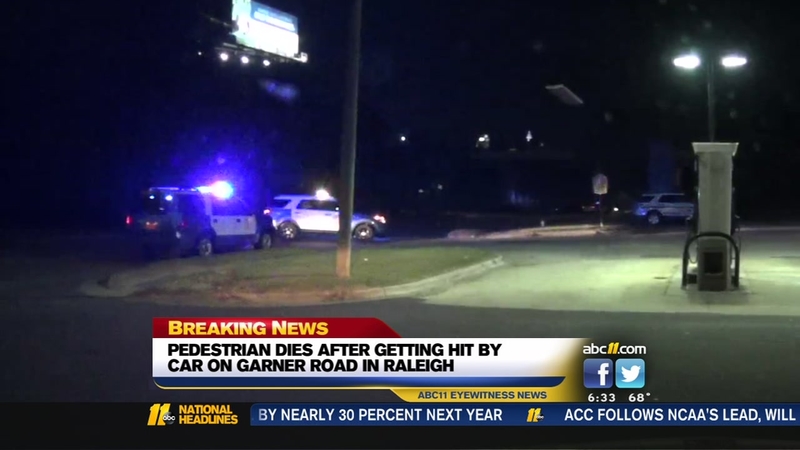 Pedestrian dies after being struck by car in Raleigh

RALEIGH (WTVD) -- Authorities in Raleigh say a pedestrian who was hit by a car on Garner Road Wednesday night has died.

It happened shortly after 8:15 p.m. when the pedestrian attempted to cross the roadway.

The victim, who has been identified as 73-year-old Leonard Chandler of Fuquay-Varina, was rushed to WakeMed, where he later died.

According to an accident report, a traffic light in the area was not working.

Garner Road was closed to traffic between Calloway Drive and Newcombe Road for several hours. It reopened shortly after 11 p.m.