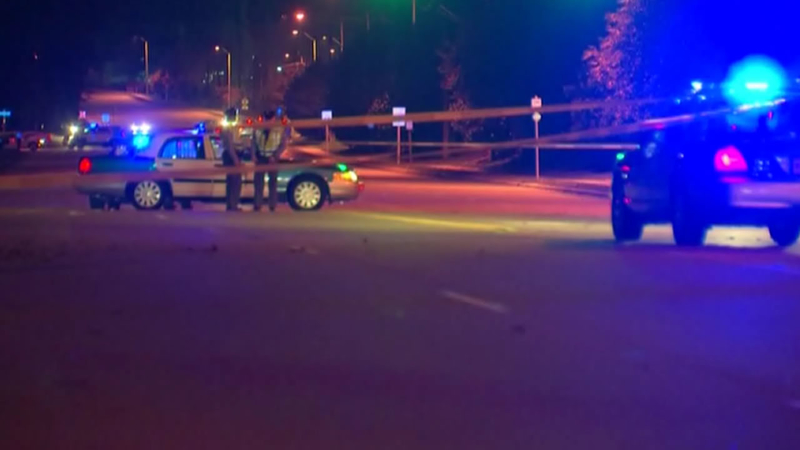 It happened in the 8000 block of Perry Creek near Capital Area Soccer League soccer park just before 6 p.m.

Ten-year old Shania Patterson said she was waiting to cross the road at Liston Drive and saw her friend, 8-year-old Ziari King get hit.

"She went up in the air. She landed right there," said Patterson.

Witnesses said the child crossed with the green light, but it changed while she was still in the street. That's when she was hit.

Michael Britt, 27, was driving the car that hit King. Officials said Britt was unable to avoid hitting King. Neither speed nor alcohol were factors in the collision, and charges will not be filed, officials said.

King was rushed WakeMed and then transferred to Duke. Family members said she suffered a broken neck and arm. Doctors were worried about paralysis.

Police on Perry Creek Road where a pedestrian was reportedly hit

Earlier this week, seven people, including 3 children, were treated for injuries after a crash in the 7700 block of Perry Creek Road.