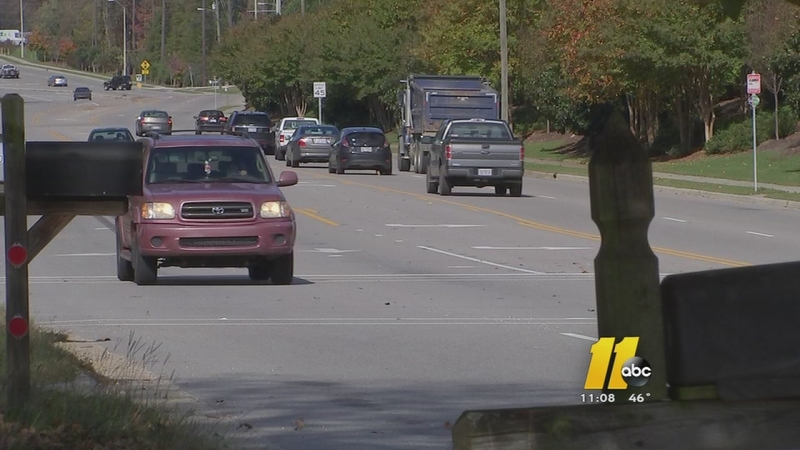 RALEIGH (WTVD) -- Doctors fear an 8-year-old girl could be paralyzed after she was struck by a car Thursday evening in the 8000 block of Perry Creek Road in Raleigh.

Family and friends say Ziari King was running across the street near a crosswalk when the light changed.

She was struck before reaching the other side, breaking her neck and arm.

"My heart went to the bottom of my stomach," said Johnnie Carwell.

Carwell has lived nearby for more than 30 years, watching the number of homes in the area grow and the traffic increase.

"45 miles per hour with all this residential stuff, it's not good for kids," he said.

"It's bad especially for kids. I see kids running up and down the sidewalk playing. All I can think about is if they fall, get in the street something could happen," said resident Austin Arnold. "I do think there should be more signs or something like that to make it a safer place."

According to data from the City of Raleigh the area isn't considered a "high-severity" location.

More than 30 crashes have occurred on Perry Creek Rd. between Wildwood Forest Dr. and Country Pines Ct. during the past three years, none of which were fatal.

"I think parents should be more responsible for their kids," said Carwell.

King is in critical condition at Duke Hospital.

No charges will be filed.