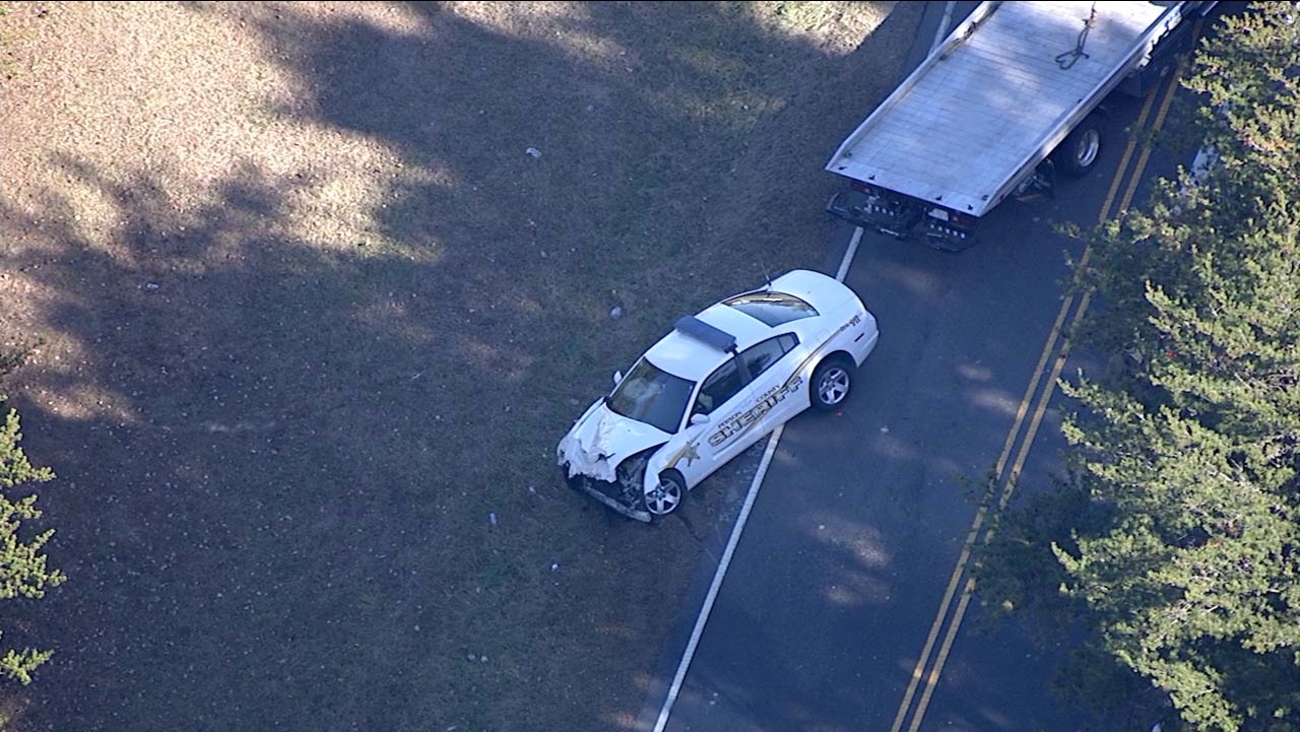 It happened just after 10 a.m. in the area of Oxford Road and Reuben Allen Road.

Pictures from Chopper 11 showed the deputy's car with heavy front-end damage and a small SUV off on the side of the road - also with heavy damage.

A small SUV was involved.

The sheriff's office said the deputy was on his was to another crash with his lights and siren on when it happened. The deputy is being treated at the hospital.

There's no word yet on the condition of the other driver.

ABC11 has decided to slowly reduce the number of stories on the website that have a comments section. We believe very strongly that our audience should have an opportunity to discuss and debate events in our world, however, we have not been able to moderate the comments as well as we would like. Instead of hosting a platform that could allow a few loud and ugly voices to dominate a conversation, we want to encourage everyone to join us on our social media platforms and speak out there. Facebook: facebook.com/ABC11 Twitter: twitter.com/ABC11_WTVD
Report a correction or typo
Related topics:
roxboroperson countycrash
Copyright © 2022 WTVD-TV. All Rights Reserved.
TOP STORIES
12-year-old girl escapes burning Cary home
'Absolutely terrified' teen boy dies hours after 'sextortion' scam
AAPI heritage celebration highlights cultures and traditions
Barbershop Buzz helps concerned men share fatherhood advice and tips
Biden pushes economic, security aims as he ends South Korea visit
Fate of 2,500 Ukrainian POWs from steel plant stirs concern
1 person injured in shooting in Fayetteville, police investigating
Show More
1 person is left seriously injured after 8 car crash in Durham
Runner dies after collapsing at finish line of Brooklyn Half Marathon
Volunteers at Raleigh church package meals for people in need
Russia's claim of Mariupol's capture fuels concern for POWs
Man charged in Hope Mills double murder
More TOP STORIES News