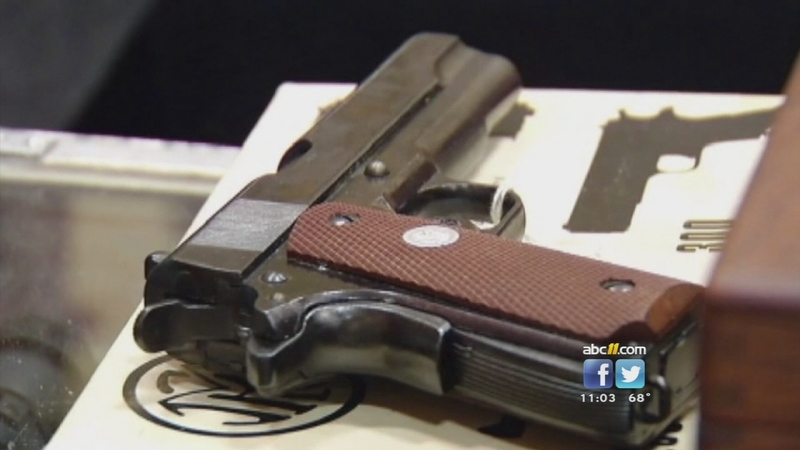 Petition to have guns in school

In the wake of the mass shooting at Sandy Hook Elementary School in Connecticut, North Carolina Gov. Pat McCrory started a series of initiatives to make schools safer.

Putting guns in classrooms wasn't on the to-do list.

But in Roxboro, a local father is trying to start the conversation up again.

"My biggest thing is protecting the kids," said Bruce Wrenn. "Nothing else matters."

Wrenn works for a Roxboro security company. A few days ago, he started a petition on Facebook calling for teachers to be allowed to keep guns - locked up - in their classroom.

"This stuff with gun free zones, it's just not working," Wrenn said.

He says 18 other states allow guns in classrooms and sees Roxboro as a potential epicenter of a seismic shift in North Carolina's policy.

"I would not be in favor of that," said Roxboro attorney Danny Long. "I would be concerned that somehow someone could get a hold of that; particularly a kid."

Long also worries about what one person described as the "Barney Fife Syndrome." Even if someone is trained and licensed to carry a gun, they may not be able to handle it in an "active-shooter" situation.

"I'm not sure that if a teacher were confronted with on of these things... sometimes they happen so quickly, it may escalate the problem," said Long. "I just think it sends the wrong message to the kids. It brings up a mentality where everybody believes we're going back to the Old West and acting like we're Gunsmoke again, where everyone has a sidearm."

Other Roxboro parents, though, took a different tact.

Rick Smith home-schools his nine children but said he thinks it makes a lot of sense to let teachers keep guns in their classrooms.

"I think it's actually a pretty good idea. I think that we've established these places as gun-free zones and every time I hear of a shooting, it's in a guns-free zone. I think a lot of these things could have been stopped a lot earlier if people were armed on campus."

Wrenn's proposal says "any administrator or teacher that has met all certifications and background checks will be allowed to have a board approved handgun that will be stored in a mounted and hardened cabinet. The cabinet can only be accessed with a fingerprint reader that will only work for that person."

"I think the majority of the people are wanting this change," Wrenn went on. "And the only reason it hasn't happened so far is nobody has started it. Somebody needs to get the ball rolling."

The Person County School Board would not weigh-in on the debate and do not plan to discuss it further during work sessions.

"The safety of our children is a top priority. But how we go about that, I don't know. It's up to the local boards as much is it the General Assembly," said Person School Board Chairman Gordon Powell.

There are districts throughout the country that have approved this type of move. Advocates point to a case in 1997, when an armed vice principal in Mississippi stopped a 16-year-old gunman who had already shot and killed two students.

Do you believe teachers should be armed in the classroom? Take our poll below and submit your comments on our Facebook page here.