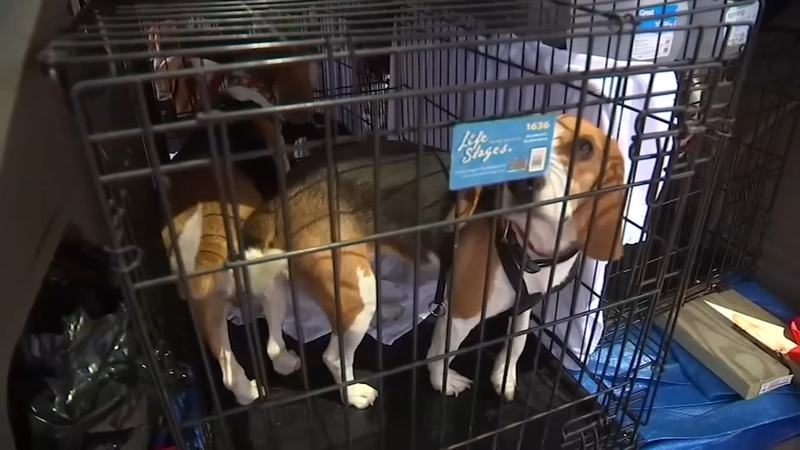 CARY, N.C. (WTVD) -- It's tough to imagine Audrey being anywhere besides a loving home. But a short while ago, her outlook was far bleaker.

"To start to bond and connect with her, and she is so sweet. I cannot express enough," said Hugh Willard, who adopted Audrey during the weekend.

She is one of six dogs taken in from China by Triangle Beagle Rescue, saved from the controversial Yulin Dog Meat Festival.

While Willard was unaware of the event, he feels a connection to Audrey, in part because his daughter is Chinese.

"This is unique," Willard said.

Little is known about Audrey's life in China, though she is believed to be 4 years old. Willard said he believes she responds more to tone than language, but noted the first few days have gone smoothly.

"She's my travel buddy. So I take her around places, and she kind of does her thing," Willard said.

This is the second year that Triangle Beagle Rescue has taken in dogs saved from the dog meat festival; there are still three beagles who remain for adoption.

"The gift that you will give to these precious animals by adopting them pales in comparison to what you're going to get in return," Willard said.