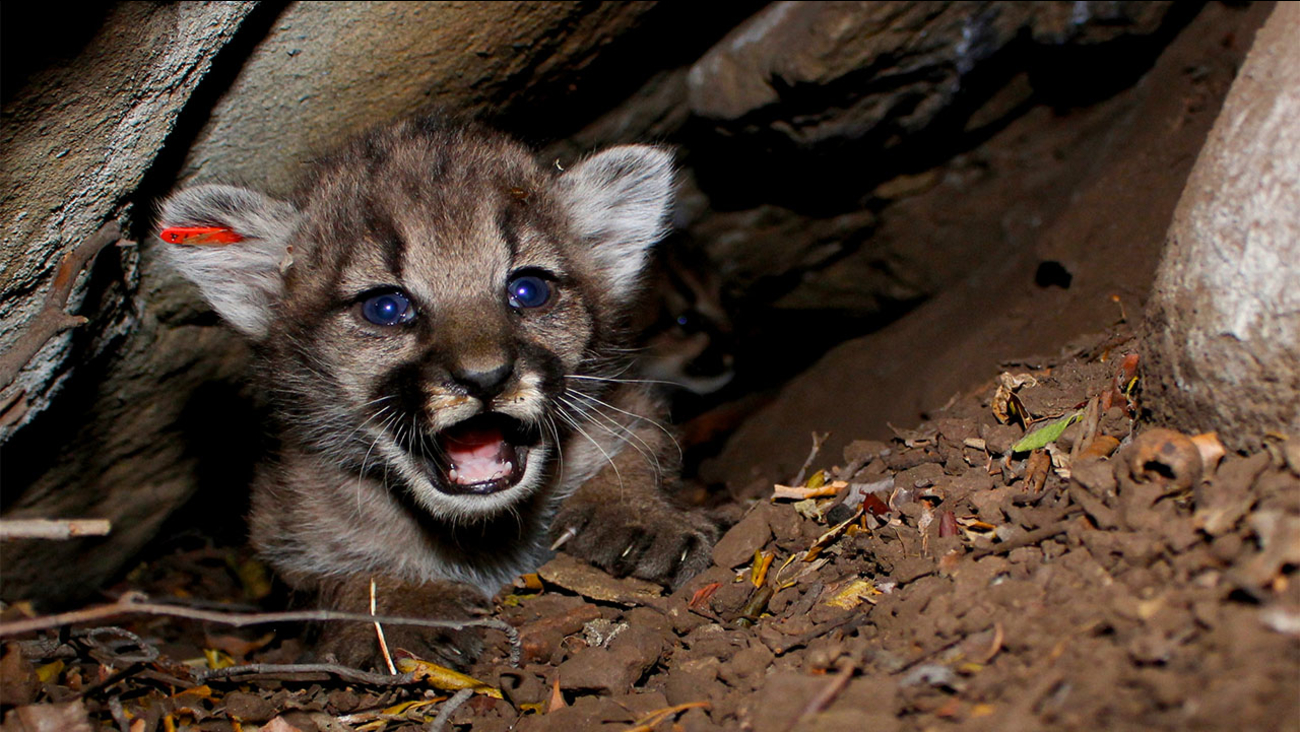 THOUSAND OAKS, Calif. -- Four new mountain lion kittens have been found by researchers studying the wild cats living in Southern California's Santa Monica Mountains, wildlife officials announced in video posts Tuesday showing the blue-eyed babies meowing and one feisty one hissing and even taking a swipe at the person filming her.

The four female kittens are about 5 weeks old and are the first litter that has been found in the Simi Hills, a small area of habitat between the Santa Monica and Santa Susana mountain ranges just north of Los Angeles.

Researchers visited the kittens while their mother was away last week, taking tissue samples, conducting a general health check and marking them with ear tags, which will allow them to keep track of their movements as they grow up.

It's the 15th den the researchers have marked as part of their study of mountain lions in the region.

Biologists have been studying the cougars to determine how they survive in fragmented wilderness amid metropolitan sprawl. Each member of the species, especially males, requires a very large home territory, and young cats face difficulties dispersing.

"We are very interested to learn about how they will navigate the fragmented landscape and whether they will remain in the Simi Hills or eventually cross one or more freeways to the north or south," he said.

Except for the kittens' mother, researchers say every mountain lion they've tracked in the Simi Hills has crossed either the 101 freeway to the south or State Route 118 to the north.

Since 2002, 18 mountain lions have been killed on freeways and roads in the region, most recently a 5-year-old female earlier this year.