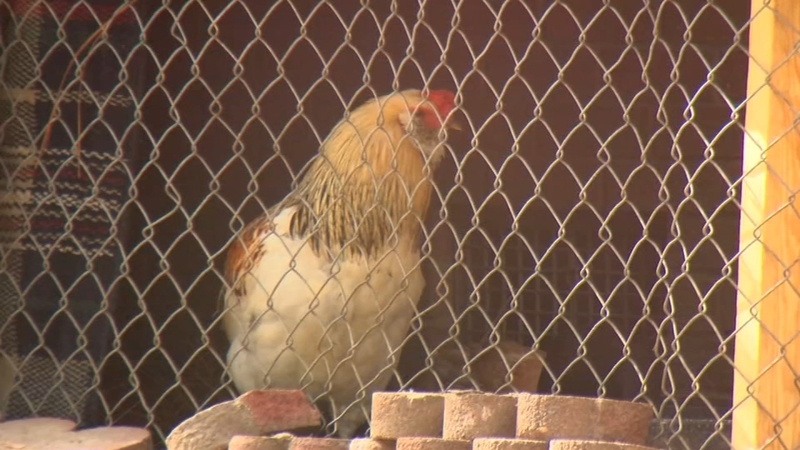 FAYETTEVILLE, N.C. (WTVD) -- It's a problem the Mayor of Fayetteville never thought he'd have to address but he's hoping the city will crack down on the cluck.

City leaders are discussing potential changes to an ordinance that would ban roosters within city limits.

The issue has ruffled a few feathers in Douglas Byrd.

As if your alarm clock wasn't annoying enough, imagine waking up to a crowing rooster at the crack of dawn.

Lyla Gonzalez and her neighbors deal with it everyday.

"Roosters and the ducks. I hear them 5,6,7 o'clock in the morning," said Gonzalez.

When our ABC11 crews went by, there was silence. But in a video sent to Eyewitness News, there was non-stop screeching.

"When I try to go to sleep, it's like I'm in a noisy environment," said David Gonzalez.

Lyla even started a petition to get the county to quiet down the quacking and crowing but according to animal control, the current ordinance which mirrors the county's allows roosters even in city limits.

"We're kinda lenient now that you can have a lot of animals on the allowable list but I can imagine the intent was to never overlook a rooster," said Colvin.

The couple said their neighbors were pets and pets make noise. While that is true, they may not be able to do so for long.