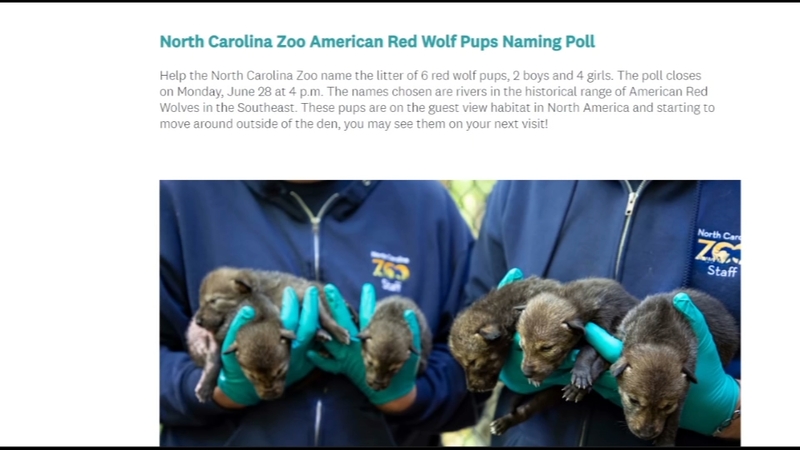 ASHEBORO, N.C. (WTVD) -- For the first time in two decades, a red wolf litter was born in the public enclosure at the NC Zoo.

The Zoo has a successful breeding program -- just last year a litter of five pups made it the second largest pack in the U.S.

The pups, born to parents Flint and Sassy, will be named after rivers in the Southeastern United States. That's the historical habitat of the red wolf, a critically endangered species.

According to National Geographic, the only place where red wolves remain in the wild is in the Alligator River National Wildlife Refuge in eastern North Carolina, with fewer than three dozen remaining of the animals remaining. The species was previously declared extinct in the wild in 1980 before a few pairs were released from captive breeding into the wild in 1987.

Red wolves mate for life, meaning Flint and Sassy will be together forever. Zoo patrons can name the six pups by choosing their favorite names here. The poll closes June 28 at 4 p.m. and the winning names will be announced June 30.