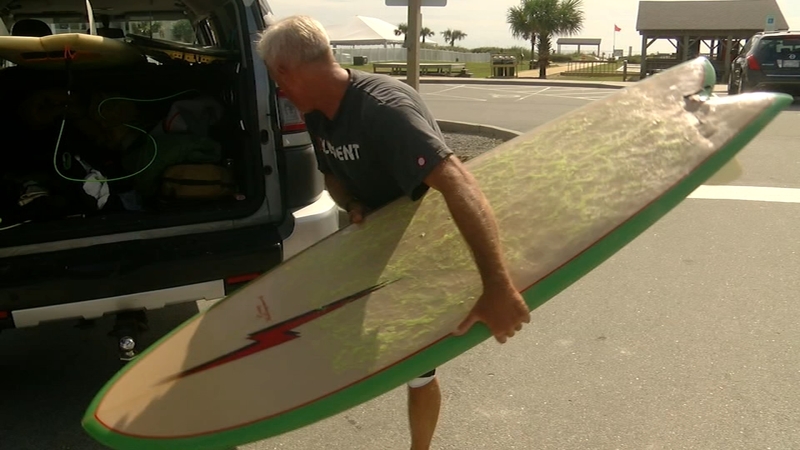 EMERALD ISLE, N.C. (WTVD) -- A man says he was bitten by a shark while surfing in Emerald Isle on Thursday and he has a bite mark and a busted surfboard to prove it.

"I look over, and I see a dorsal fin! I said oh man, that things coming right towards me," Erik "Marty" Martynuik told WCTI. "It was like the movie Jaws, you know when it cruises and is gliding through the water?"

Fellow surfer, Ugene Kloepell, was in the water with Martnuik when it happened.

"There was something behind him, chasing him. I caught a wave and said 'I'm out of here! That ain't no blue fish,' and I kept on paddling for all I was worth!" Kloepell said.

According to Martynuik, things got serious when he saw the shark coming towards him in the water.

"It goes down, and at that time I start looking around and then BOOM!" Martynuik said. "It just nailed my board at the bottom!"

Martynuik said the shark came after him, leaving marks on his foot and knee, but not before Martynuik could get a hit back, "I gave him a good shot right to the nose and automatically he let go. That's how I think I saved myself."

Luckily, Matynuik made it back to shore without suffering too many injuries. However, he said he was more worried about his board.