WTVD
CARY, N.C. (WTVD) -- A Cary resident snapped photos of a rare deer in his neighborhood.

Gary Frazier posted the photos to the Facebook group Cary Downtown on Dec. 30. His photo has received almost 800 likes, 100 comments, and 60 shares since he posted it.

Several other group members commented on the post with their own piebald deer photos. 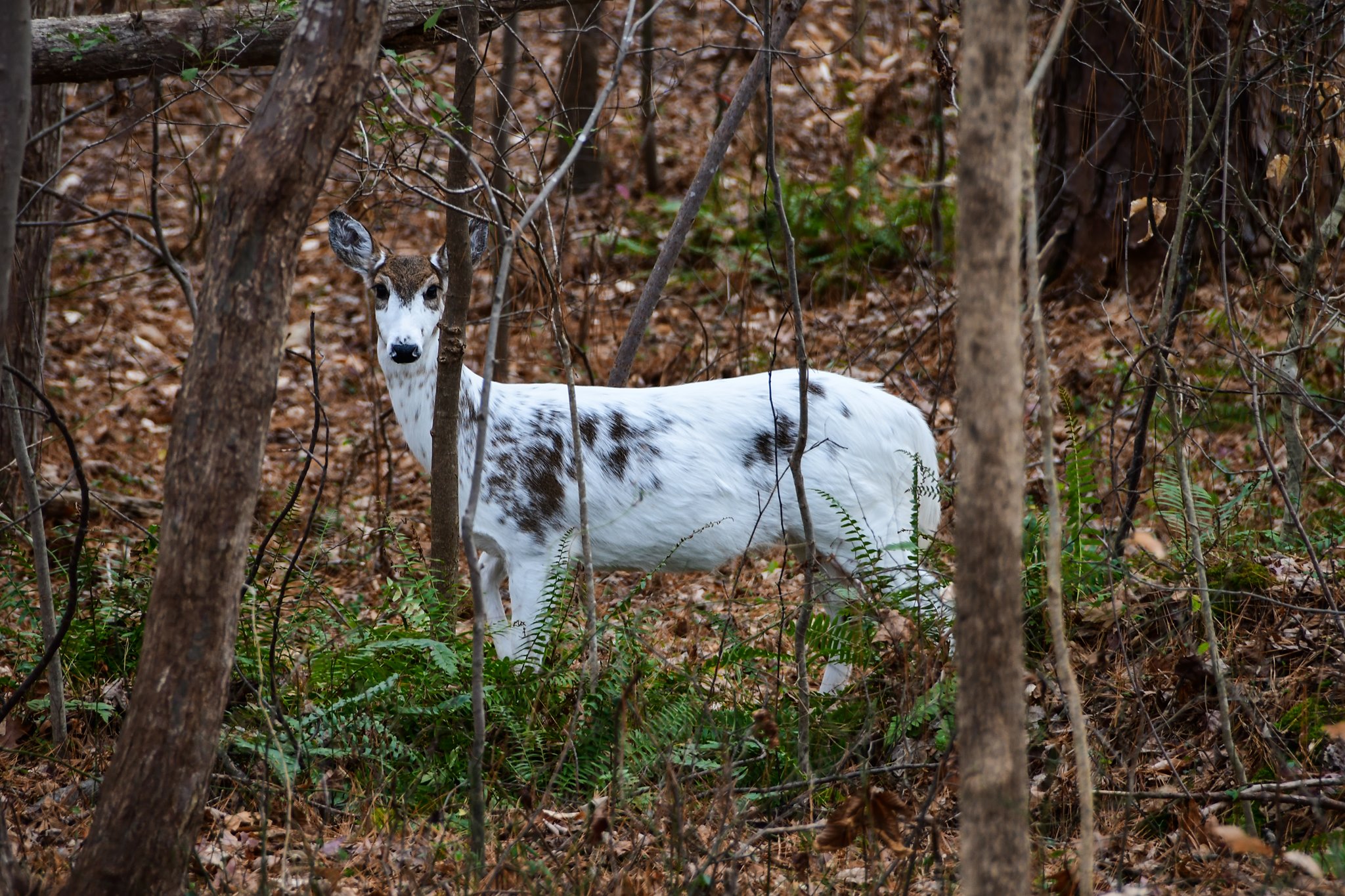 According to the North Carolina Wildlife Resources Commission, piebald deer usually have white patches on their mostly dark hides. The piebald trait is only found in one out of every 1,000 deer, the commission said on its website.

Piebaldism is a recessive trait, North Carolina Wildlife Resources Commission extension wildlife biologist Falyn Owens said, meaning that a fawn will only be piebald if both its mother and father carry that specific gene.

"If it only has one, it'll look for all intents and purposes like a normal deer," Owens said. "A normal looking doe can give birth to a piebald fawn."

Owens said both male and female deer can be piebald.

Piebald deer also tend to have skeletal or internal deformities, including a bowed snout or curved spine.

Owens clarified that the same gene that codes for the coat color associated with piebaldism also codes for skeletal and organ features. She said the abnormalities associated with the trait can range from indiscernible to extreme, so while some animals only have a few white hairs and no noticeable skeletal deformities, others may be completely white or have such severe spine issues that the the fawns can't survive long after birth.

A piebald deer's lifespan depends on the extent of its visible traits, Owens said. Predators and hunters may find an all-white deer more easily than a darker animal.

"Being a piebald deer is not an advantageous trait," Owens said. "That's one of the reasons why they're so rare."