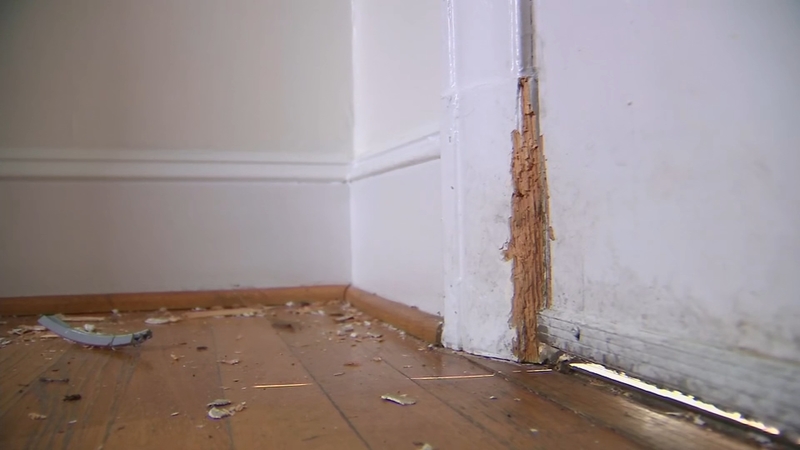 ATLANTA (WTVD) -- A squirrel broke into an Atlanta home and caused thousands of dollars worth of damage while the homeowners were out of town.

Kari Drees told WSB that she and her family were on vacation when they received alerts about their home alarm going off.

Drees had a friend go by the house to check it out, but they did not see anything amiss.

"Our doors and windows were intact, so we just thought it was a software issue," she said.

However, when they came back from vacation and went inside, their house was in disarray.

"We saw wood chippings from the door all over the floor, and as we further inspected it, all the windows had been damaged," Drees said.

The culprit: a squirrel. Drees thinks the animal got in through the fireplace and then could not get back out.

Drees alerted her insurance company. When an adjuster came to her home, he gave her the bad news.

Insurance would not cover the damage because squirrels are considered "rodents" or "vermin" and Drees' policy did not cover that type of damage.

"They said if it was a raccoon it would have been covered, but since we saw a squirrel, droppings, that they won't cover it," she said. "You would think insurance would cover you for something like this. Insurance is supposed to provide a sense of security...it's not providing that sense of security."
Report a correction or typo
Related topics:
pets & animalsgeorgiasquirrelinsurancevacation
Copyright © 2021 WTVD-TV. All Rights Reserved.
More Videos
From CNN Newsource affiliates
TOP STORIES