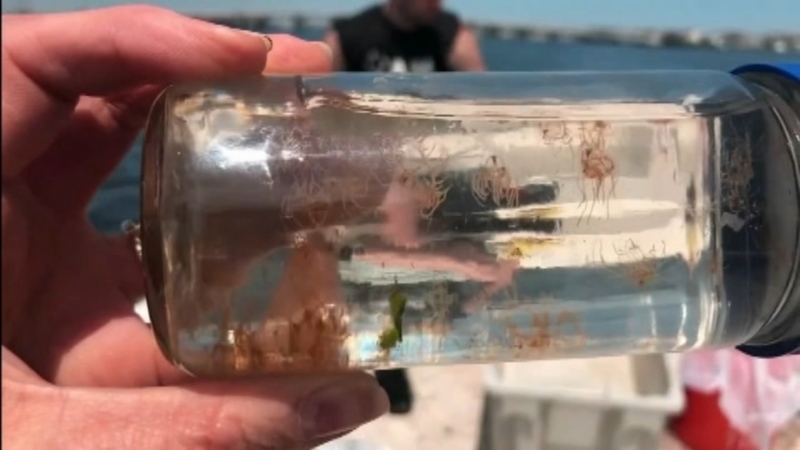 Scientists are warning beachgoers about these small spider-like clinging jellyfish.

Where there is one there are many, so the scientists say about these small spider-like clinging jellyfish.

The invasive species was first found in the Shrewsbury River in 2016 and have spread to the Metedeconk River near where it reaches the Barnegat Bay- north of the Mantoloking Bridge, WCBS reports.

Montclair State University students and their professor Paul Bologna, also known as Professor Jellyfish, are working with the New Jersey Department of Environmental Protection to map out where this dangerous jelly is most prevalent, so you can choose where to swim.

"It's important to educate people on clinging jellyfish, where they are, so that so something doesn't happen," Mummolo said.

Bologna said, "They carry paralysis toxins cause muscles to tense up- they use those to catch fish so that the fish don't run away, but it also causes intense pain."

The group found 200 to 300 of the clinging jellyfish in one day. Most were smaller than a half inch.

Tips for anyone fishing or clamming: wear waders like these to avoid getting stung.

As for swimming: it may be best to hit the ocean beaches.
Report a correction or typo
Related topics:
pets & animalsnew jerseyjellyfishu.s. & world
More Videos
From CNN Newsource affiliates
TOP STORIES