Zeus the dog recovering after extensive burns found along body 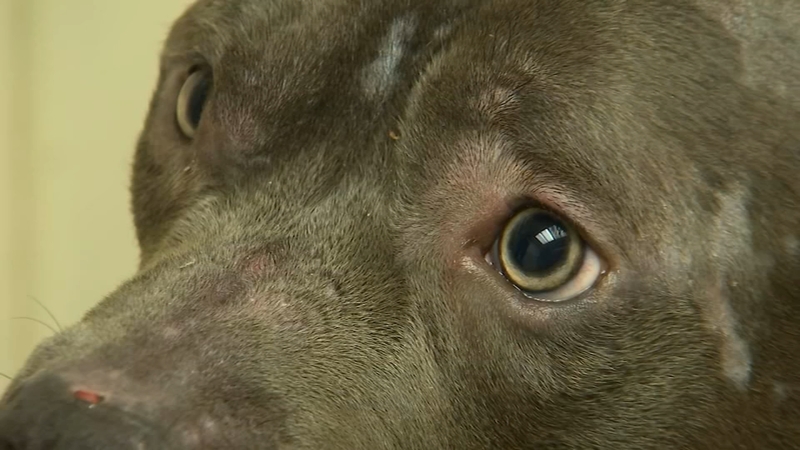 Zeus the dog recovering after surgery

DURHAM, N.C. (WTVD) -- Zeus the dog is back up and moving after being found two weeks ago with extensive burns along his body.

The two-year-old pit bull had his bandages removed on Monday, according to a Facebook post by Carolina Adopt-A-Bulls rescue. Dr. Chuck Miller of Triangle Veterinary Hospital says he is healing nicely.

The pit bull is beginning to use his legs more but will need another surgery in two weeks. If all goes as planned, this will be his last surgery.

Zeus received extensive care for several burns along his body after a local doctor believed someone poured scalding chemicals or hot water along his spine. Despite his wounds, he is proving to be a real warrior.

"It's his will to live," said Miller.

The dog was seriously abused. He was found with wounds along his back, legs and even tail. He also had a broken hip.

"It just breaks your heart that someone would do something like this to an animal," said Miller. "He's always giving us kisses and he's so trusting."

The rescue organization Carolina Adopt-a-Bulls heard about his condition. Volunteers took him from a shelter near Concord and brought him to Durham to receive care.