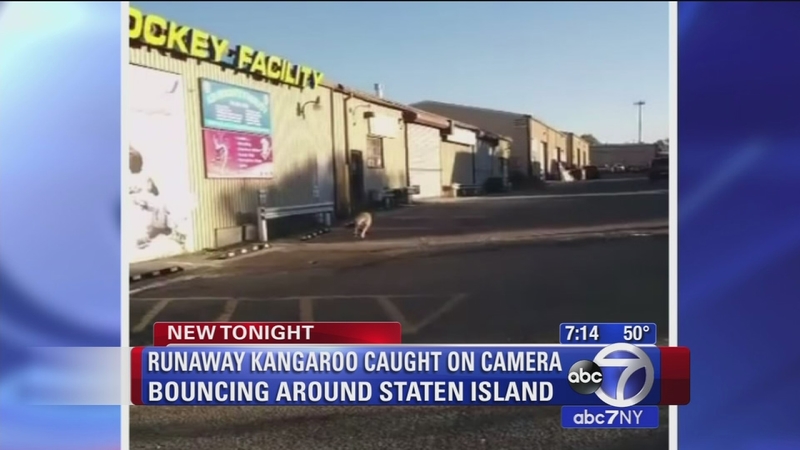 At 8:36, police from the 121st Precinct responded to a 911 call of a 'wild' animal spotted in a backyard on Victory Blvd in the Travis section.

When officers arrived, they spotted a 1-year old kangaroo named 'Buster', who belongs to a man from upstate New York who had allegedly brought it to show a friend.

The animal apparently escaped through the gate of a neighboring yard and made a brief run to freedom.

Buster, who weighs 22 pounds and stands 3 feet tall, was soon located and recovered by his owner.

While it is illegal to possess a kangaroo and many other non-domesticated animals in New York City, it is not illegal Upstate.

No charges were filed by police.