Man jumps into frozen pond to rescue dog in Canada 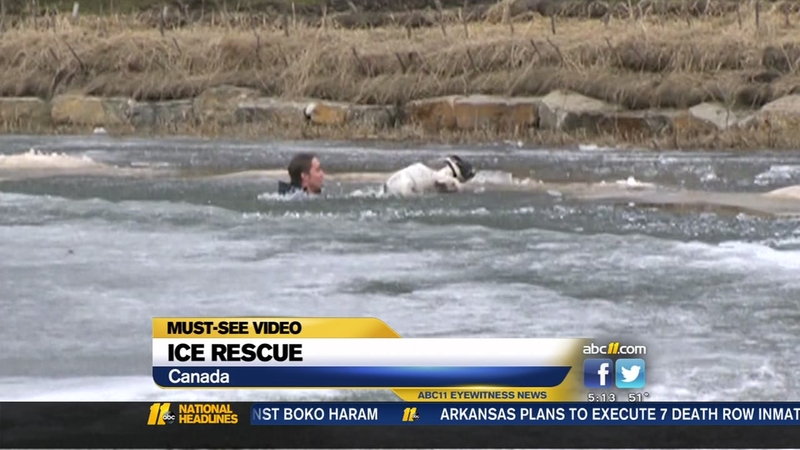 Man jumps into frozen pond to rescue dog in Canada

CANADA -- A Canadian TV news crew captured video of a man plunging into an icy pond to rescue his dog, Cosmo.

That man's dog had plunged through thin ice into frigid water near Edmonton, Alberta.

Duncan McIver then faced a race against time to get back to safety.

They both made it out safely, but were soaked and shivering. "It's a split second thing, you're not going to just let him die, right? As soon as the ice broke, I went right in. I don't know, I think most people would do the same thing for their dogs," McIver said.

The journalists who captured McIver saving Cosmo were working on a story about the dangers of thin ice.