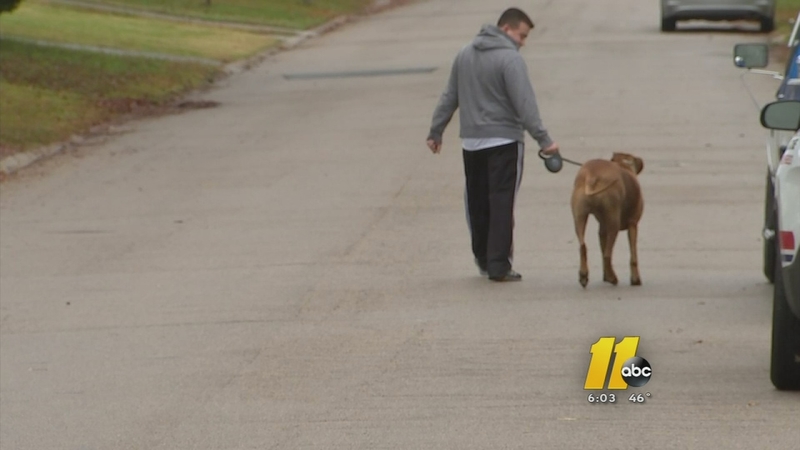 RALEIGH (WTVD) -- Raleigh councilors are set to look at the city's dog ordinance Tuesday, four days after a Rottweiler attacked a 22-month-old boy in east Raleigh.

The timing is coincidental, though, as councilors said the meeting is not related to the attack.

The ordinance city leaders will consider changing has to do with how to classify dogs as "dangerous," and what owners of dogs determined to be "dangerous" need to do to comply.

The attack Friday was by family pets and happened in a fenced backyard.

But the neighborhood of Friday's attack is the same east Raleigh neighborhood as the one that prompted leaders to look at the city's existing ordinance.

"This was born out of a group of dogs getting off their property, digging their way out of the fence, knocking over the fence, whatever, and then semi-terrorizing a neighborhood," said Raleigh City Councilor Mary-Ann Baldwin.

"It was confusing before," she continued. "What's currently on the books: There's a 'potentially dangerous' dog, a 'dangerous' dog, and none of it was really clear. So this takes the ordinance a step further and establishes more clarity."

Other cities in the United States have gone a step further and outlawed certain types of dogs, such as pit bulls and Rottweilers.

Raleigh's new ordinance would stop short of any bans. Instead it would define a dangerous dog as one that has bitten either a dog or a person and would allow animal control greater authority to pick up dangerous dogs.

It would also require owners of those dogs to use muzzles on walks and make other changes.

That's fine with some dog owners.

"I wouldn't mind tighter animal control," said Marvin Lima. "Sometimes we are walking and you know there are loose dogs and you don't know what they're going to do."

Duane Barnett, who lives in the same neighborhood, agrees. "An unruly dog is like putting a loaded firearm in an adolescent's hands."

"When you have these type of dogs," said Barnett, who says he used to train Rottweilers, "Rotties, Chows, German Shepards, Bullmastifs, pit bulls; you need to train these dogs. An untrained dog is a weapon. It could maim someone for life, even take a life."