Toddler thrown into field in West Philadelphia during argument 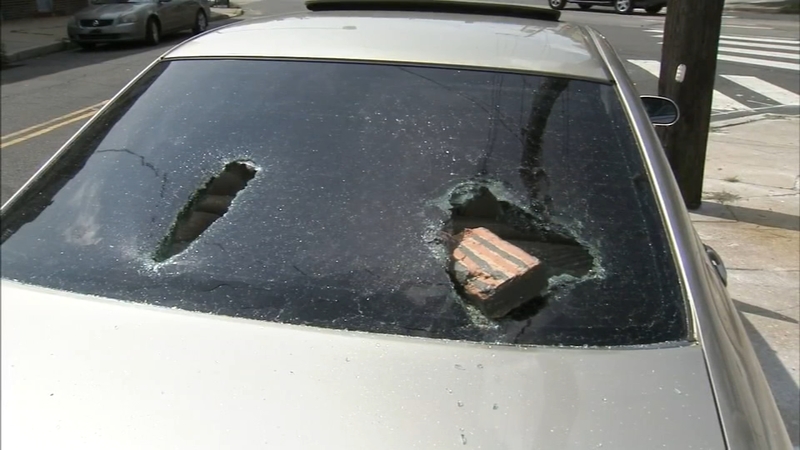 Toddler thrown into field in West Philadelphia during argument

PHILADELPHIA -- Philadelphia police officers are investigating why a toddler was thrown from a car during an argument Wednesday morning in West Philadelphia.

Police said around 9:45 a.m. an argument broke out between a man and a woman in a tan Acura.

Multiple witnesses have told WPVI that they saw the man angrily remove a 1-year-old child from the car--still strapped in a car seat--and throw the child into the air, landing in a nearby grassy area.

Bystanders also said they saw the woman smashing the windows of the car with a bat and bricks.

Witness James Street, who works nearby, said, "The lady was beating up the car with a bat. And the gentleman got out the car and took the baby seat, with the baby in it, and tossed it halfway across the field like a football."

Officers said the man was taken to the hospital. No word on his condition.

The child was taken to Children's Hospital of Philadelphia, treated for an abrasion to the forehead, and is in stable condition.