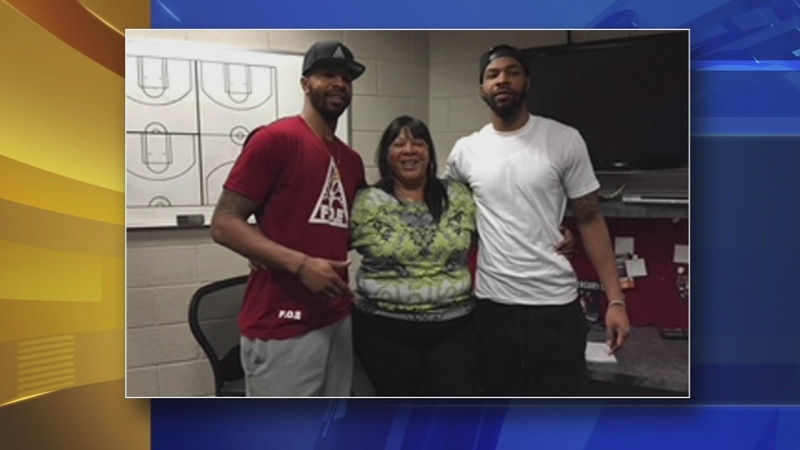 NORTHEAST PHILADELPHIA -- Twin NBA stars Marcus and Markieff Morris were raised in North Philadelphia by their single mother. They went to Prep Charter and call the city their family.

This holiday season, they decided to spread some cheer to the surprise of many customers at a Northeast Philadelphia Walmart on Monday.

Customers lining up for the final day for layaways at the store on Adams Avenue learned while in line that the Morris twins spent $6,000 toward customers' Christmas gifts.

"God bless them. God bless them!" said customer Roberta Williams of Germantown. "It's wonderful what they are doing for the people."

Marcus plays for the Boston Celtics and Markeiff for the Washington Wizards.

Their basketball schedules did not permit them to deliver their gifts in person, but they sent their elves, led by their mom Thomasine Morris.

"It's a blessing to be able to give people anything," Morris said.

The twins could've picked anywhere to play Santa, with one playing in Washington D.C. and the other in Boston, but they picked this particular Walmart because it was close to home.