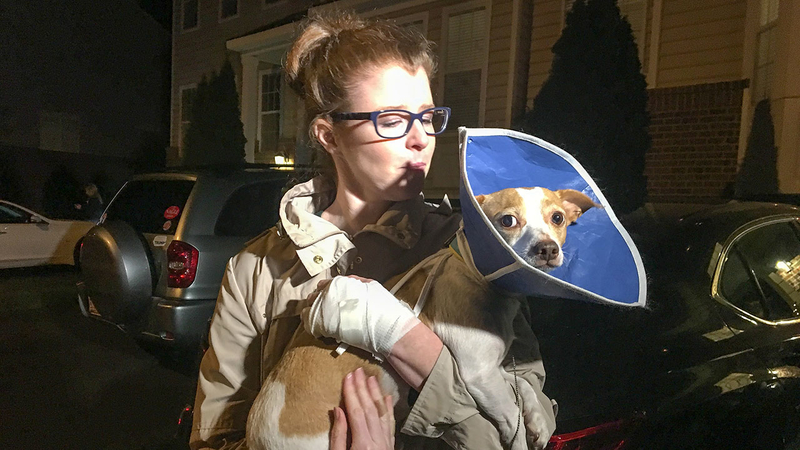 RALEIGH, North Carolina (WTVD) -- Courtney Zickler is waiting to find out whether there is any permanent damage to her hand after she was bitten by a dog.

She said she was walking her two small dogs on the night of December 8 not far from home, when all of a sudden she said she heard snarling.

"And I look up and I see the dog charging us, my neighbor's 100-pound pit bull," Zickler recalled.

She held back tears as she shared that she could only pick up one of her dogs fast enough.

"It was too late, he got Jackson," said Zickler. "I've seen the dog before and any time it sees my dogs, it snarls like horribly and I always try to go the other way, but I didn't see it coming."

The dog had to have emergency surgery and the vet bills are now in the thousands. Jackson will be OK but Zickler's hand was also bitten. 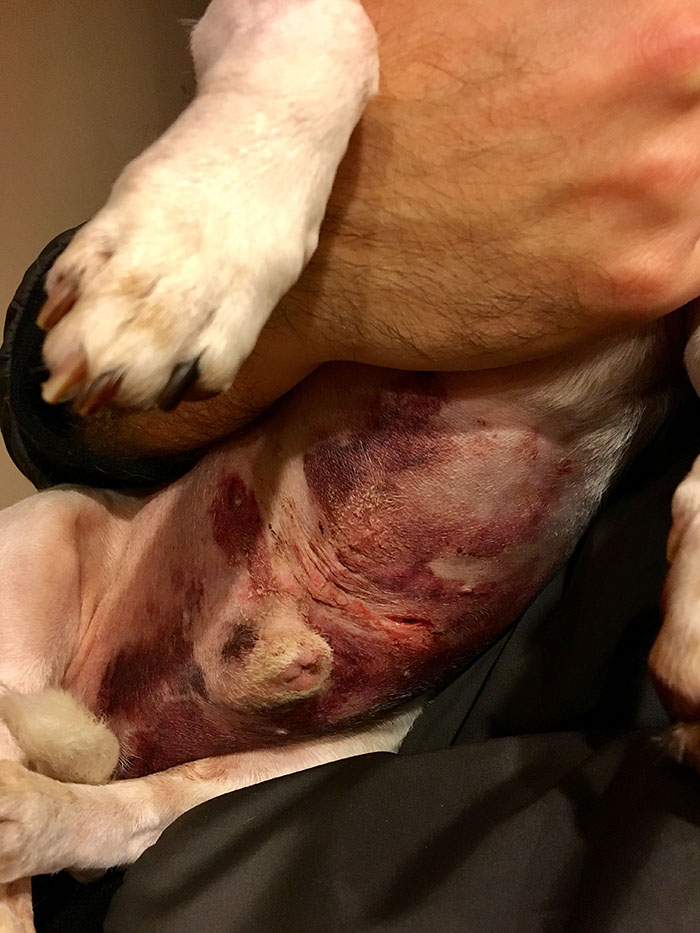 Jackson's injuries received in the attack by the neighbor's pit bull.

"Multiple puncture wounds, one almost going through my palm and through my pinky," said Zickler, describing her injuries.

Zickler said the dog that attacked them was being walked by one of her neighbors, a woman who has lived in the neighborhood for years with that same dog. Other neighbors said that the dog has been a problem in the past and has attacked other people and pets.

As of Wednesday evening, Raleigh Police did not provide specifics on any cases but confirm they have responded to animal complaints in the neighborhood on Doverton Court in the past.

They shared a calls-for-service report dating to 2015. In February of that year, it shows police responded to a call of a vicious animal. And then they responded to two incidents of animal bites this month. One of the dates matched the night Zickler was attacked.

Neighbors said there have been more incidents.

In Zickler's case, she said animal control told her the dog was quarantined for 10 days. She said she learned the dog would be returning to the neighborhood.