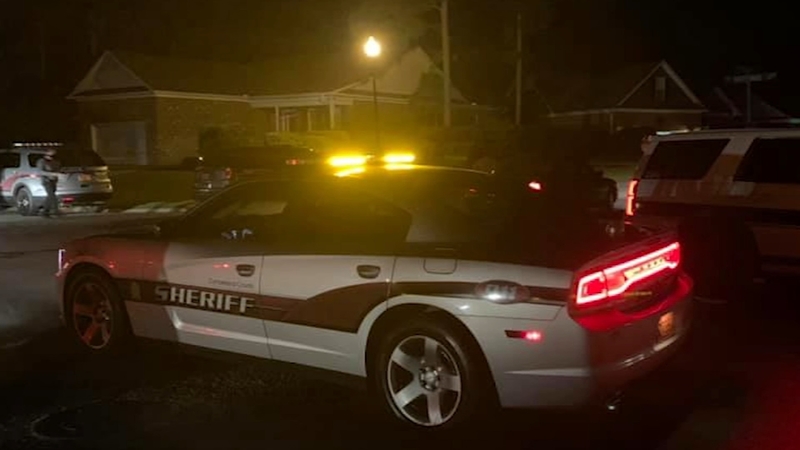 CUMBERLAND COUNTY, N.C. (WTVD) -- The North Carolina State Bureau of Investigation is investigating after a Cumberland County deputy shot and killed an armed man on Tuesday night during a well-being check.

On Tuesday, deputies responded to the intersection of Pitcairn Drive and Metthame Drive.

The sheriff's office originally called it a "death investigation" but SBI confirmed to ABC11 on Wednesday that a deputy-involved shooting occurred at the location during a well-being check.

#NEW: An SBI investigation is underway after a deputy shot & killed an armed-man while they were responding to a well-being check near Metthame Dr. & Pitcairn Dr. An SBI statement says the armed man pointed his weapon at deputies. It happened on Tuesday evening. @ABC11_WTVD pic.twitter.com/tQCYGmobCp

Cumberland County deputies told SBI that a man pointed a weapon at them during the check. A deputy fired and hit the man, killing him.

The Cumberland County Sheriff's Office has not commented on the shooting.

The identity of the man and deputy involved have not been released to the public at this time.

ABC11 reached out to Commissioner Charles Evans to hear his reaction to the delay in information from the sheriff's office.

The longtime commissioner, during the phone call interview, expressed his concern, not knowing about the shooting until Eyewitness News notified him.

"Is it because they're fearful of the trouble that may arise, or, or, or the outbreaks of protests?" Evans noted the nationwide civil unrest, stating the importance of law enforcement to remain transparent, especially with many of the events that have transpired in 2020.

"It diminishes the truth with law enforcement when you start withholding the truth," Evans added.

In August, a Cumberland County deputy shot and killed a 37-year-old man as they were serving an involuntary commitment order.

The sheriff's office said the man charged at deputies with a machete. Family said the man was an Army veteran who served for more than five years. They said he dealt with mental health problems, including PTSD, and that didn't keep weapons in his home. They also said they weren't aware that an involuntary commitment order was going to be served.

Commissioner Charles Evans says, no matter who was shot, the appropriate information should be released to the public.

"Transparency is the key to maintaining the trust of the citizens of not only Cumberland County but throughout our country," Evans said.