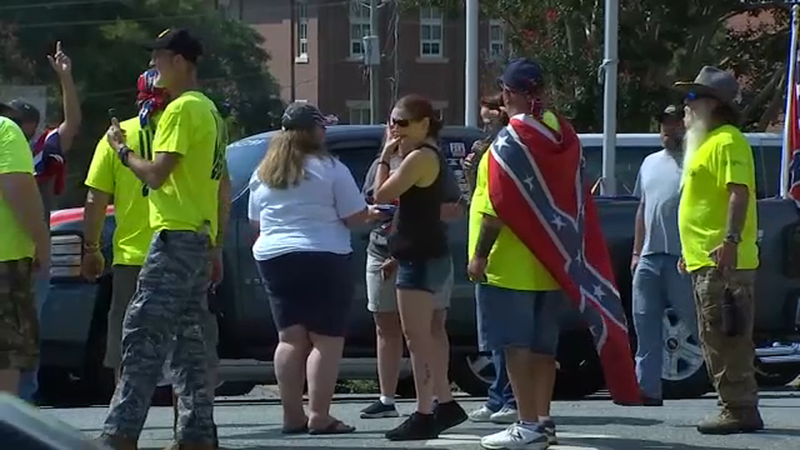 Emotions high during rallies for and against Pittsboro Confederate monument

"(Confederate monuments were) used as a method of intimidation of the black community and other minority communities," said Robert Finch, who showed up in response to the presence of Confederate supporters.

Last month, the Chatham County Board of Commissioners voted 4-1 to move the Confederate monument in front of the courthouse, which has been in place since 1907.

Many statue supporters waved flags, and have planted yard signs

The local chapter of the UDC must come up with a plan for the statue by October 1.

There is some debate as to whether the United Daughters of the Confederacy gifted the statue -- which would make it public.