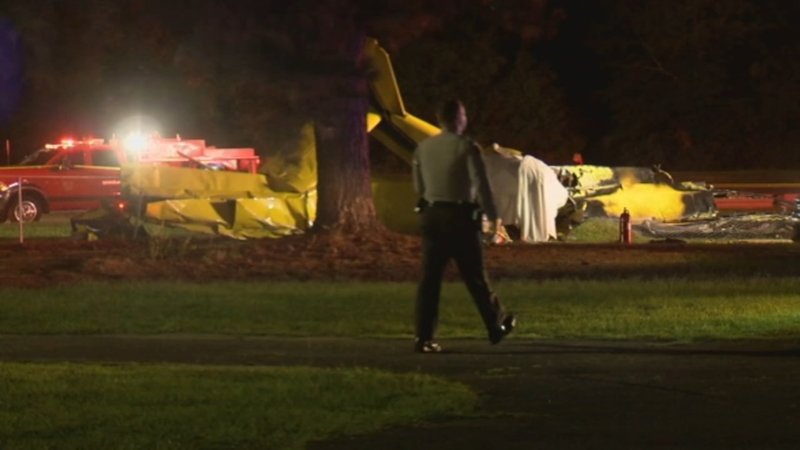 KINSTON, N.C. (WTVD) -- One person died in an airplane crash in Kinston on Thursday night.

According to ABC affiliate WCTI, the crash happened around 8:30 p.m. near the Kinston Dragstrip off Highway 11.

The pilot of the airplane was the only person on the plane when it crashed.

On Friday, the Lenoir County Sheriff's Office identified the pilot as William James Brinkley, 52, of Biddle Road in Dover.

"As of right now, we can confirm there is one fatality. We also confirm that we're still in a holding pattern until federal agencies have to come in and investigate-The FAA AND NTSB. We're in a holding pattern until they arrive sometime in the morning. The scene will remain secure by a mix of the fire department and the sheriff's office," said Daniel Chewning, fire chief of the Sandy Bottom Fire Department.

The Lenoir County Sheriff's Office said it extended its thoughts and prayers to Brinkley's family and friends.