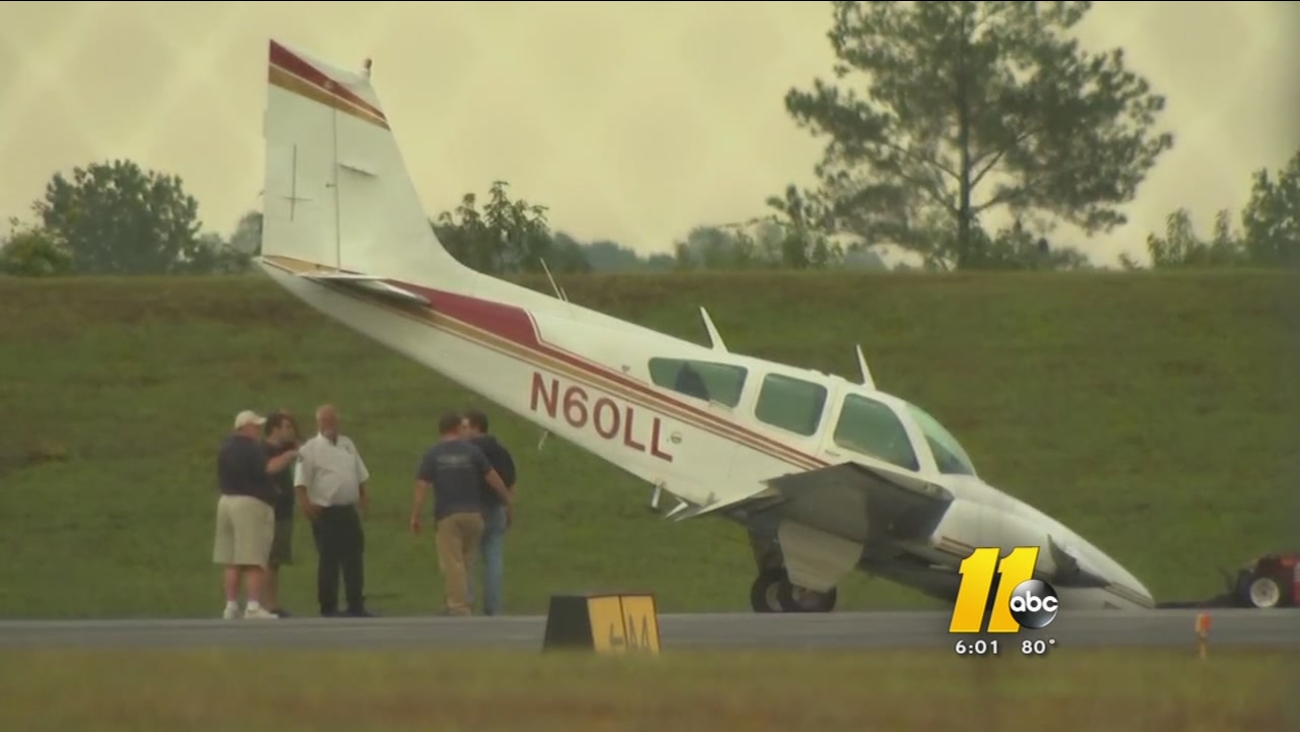 According to the Franklin County Sheriff's Office, crews are investigating a plane incident at the Triangle North Executive Airport in Louisburg. (WTVD)

LOUISBURG, North Carolina (WTVD) -- The pilot of twin-propeller Beechcraft Baron is in the hospital following a hard landing Tuesday afternoon.

According to the Franklin County Sheriff's Office, the incident happened at the Triangle North Executive Airport in Louisburg.

Officials said they received a call around 4:30 p.m. regarding reports of a plane being down.

However, after investigating, crews determined that a plane made a hard landing because of a problem with its landing gear in the front of the plane.

When the plane landed it only used the back landing gear and not the wheel in front.

Officials have not commented on why the malfunction occurred.