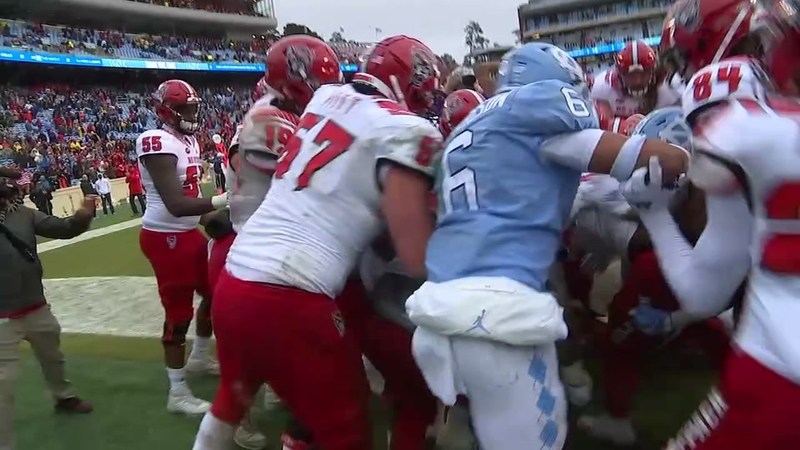 CHAPEL HILL, N.C. (WTVD) -- Seven players will be suspended for one half of a football game because of the fight that happened at the end of the NC State vs. UNC football game.

NCSU and UNC are allowed to decide which half of the game the players will sit out.