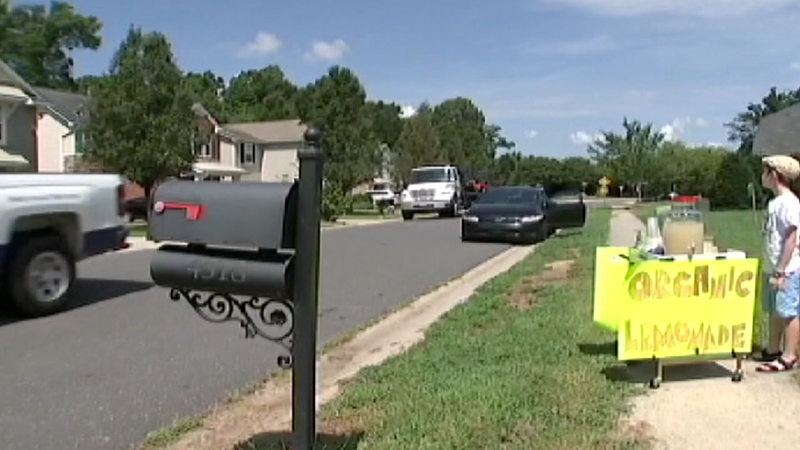 UNION COUNTY, N.C. -- Police arrested a juvenile Wednesday who allegedly robbed a 9-year-old lemonade vendor of $17 at gunpoint - a robbery that prompted a plethora of sympathy and donations for the young entrepreneur.

According to WSOC, the young vendor, Mark David, told deputies he was held up at gunpoint Saturday while selling lemonade at a traffic circle not far from the entrance to his community in Monroe.

"I opened the box, he grabbed it, pushed the gun at me and ran away," Mark said.

Days later, detectives said they received security camera footage of a man matching the suspect's description near where the robbery happened.

The suspect was arrested without incident; his identity is being withheld because of his age.

Detectives working with the state's Department of Juvenile Justice obtained petitions charging the juvenile with robbery with a dangerous weapon and possession of drug paraphernalia.

The boy's story made headlines after one customer reported a business card collected from the lemonade stand said Mark also works as a lawn mower, dog walker, and professional ring bearer.

After hearing about the crime, Lowe's surprised the boy with a brand new lawn mower.

Neighbors said the boy was able to get back on his feet and sell more lemonade after the crime though.

The Union County Sheriff's Office said it has received an overwhelming amount of messages from people wanting to help David.

The neighborhood's homeowners association president set up a GoFundMe account, with the money earmarked for a college-savings fund.