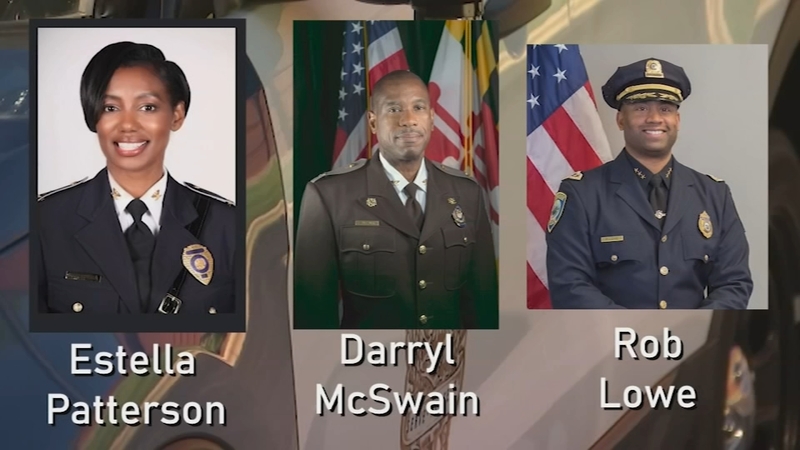 RALEIGH, N.C. (WTVD) -- Raleigh residents had the chance to hear from the three Raleigh police chief finalists as they made their debut appearance in a virtual forum Thursday evening.

From left to right, Deputy Superintendent Robert Lowe, of the Cambridge Police Department, Police Chief Darryl McSwain, of the Maryland-National and Deputy Chief Estella D. Patterson of the Charlotte-Mecklenburg Police Department pitched why they would be the perfect fit for police chief.

The forum, moderated by the city's Public Sector Search & Consulting Gary Peterson, asked questions on such topics as accountability and policing in the aftermath of the police killing of George Floyd.

With 20 years of police experience, Lowe emphasized that policing is a collaborative effort with the community.

"I'd really like to connect with this community, I feel like I can make a significant impact in this community and I look forward to this opportunity," Lowe said.

McSwain has spent three years as the police chief of parks in Montgomery County, Maryland, and he said he sees the job as a "sacred trust" and wants all employees to feel comfortable coming to work.

"Every day I will seek to gain your trust, your respect through doing community engagement and collaboration as well," McSwain said. "I want to ensure that every member of the police department that comes to work feels that not only can they be the best of who they are, but also love the environment in which they work and realize they will be a part of the solution."

Working in Charlotte and its surrounding areas for 24 years, Patterson said her goal is to ensure safety and is willing to both expand and improve upon practices within the Raleigh Police Department.

"I want to make Raleigh the safest city in the United States, and it's not far from that," Patterson said. "I desire to be the chief because I want to push forward 21st-century policing ideals. We are in a time now where policing is more important than ever to rebuild the relationships with the community."

Cassandra Deck-Brown, Raleigh's police chief, will be retiring June 30, after more than 33 years with the department.