Should police departments reflect the community? 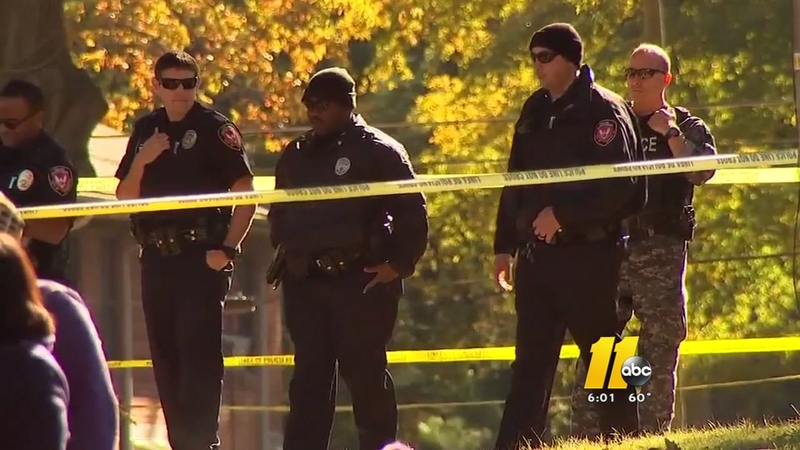 DURHAM (WTVD) -- Should police departments "look like" the communities they serve? At this point, the question is academic because almost none of them do. At least, not quite.

The ABC11 I-Team pored through employment records for local police departments and paired it up with census data to learn that all but one police force in the Triangle had a higher percentage of white officers than white people in the general population.

You can see a table of the data from different towns and municipalities here.

That's consistent with national norms. A recent study by the Center for Public Integrity found of 50 major cities in the United States, 49 had police departments with higher ratios of white officers than the populations they served.

To some, the fact police departments generally skew white comes as no surprise and is of little import. "I don't care who comes," said a woman in Durham's McDougald Terrace neighborhood who asked not to be named. "Black or white, I don't care who the cop is. As long as you're doing your job, you should be a cop."

But from her front porch, this middle-aged, lower-income, African American woman without a name told us, black or white, they're not trusted in her community. And that's the problem in a nutshell.

"If there's a problem," she said, "why do we feel like we shouldn't be calling the police? Why is the worst decision out here to call the police?" She didn't have an answer to her own question, except to say, "Because, stuff like that happens."

"Stuff like that" is the killing of 34-year old Frank Clark. The father of two was shot by police during a scuffle with three officers on November 22nd. The woman on the porch said she looked out her window just before Clark was shot. "Honestly, I saw what looked like he was getting harassed; like they were pushing him around." She said she looked away just before he was shot.

According to police, Clark was approached by three officers on special assignment in that neighborhood because of a recent uptick in violent crime. He had a long criminal arrest record and friends say he had a long history with the police officers who found him on the street that day.

Police haven't said why the officers stopped Clark. In the official narrative, the police see Clark make a sudden move for his waistband, they start to scuffle, they think they hear a gun go off, and they shoot Clark, killing him. In the aftermath, they find a gun next to his body they said didn't belong to police.

It's a story that few in the neighborhood believe.

"It was discrimination, if you ask me," said Clark's friend Brittany Brown. "It was discrimination and harassment." Brown said the father of her own child was also shaken down recently on trumped up charges. "This is just a replay of what happened with my situation, because now my baby's father is gone for a long time. And because of a situation like this with the police harassing them, which is what they always do, it's terrible. I have a son, and I'm afraid."

Questions abound over what happened. Folks who claim to have been in the area when the shooting took place say they heard multiple gun shots. How many shots were fired? By whom? Can police prove Clark had a gun? Had it been fired? Why did they stop Clark in the first place?

"If you found the guy that you were looking for," asked the woman on the porch rhetorically, "why were you harassing him? You should have taken him to jail but you didn't. You harassed him. Because they think we're bad. They think that just because we live here, we are ghetto and that's not the case."

"You used to be able to run to the police for help," said Brown. "Now you don't even know how to handle things." But she said it's not a racist system she's upset with -- it's the system itself. "It can't be racist because I could be black and not like black people. Just because when you know what I used to be, you don't know if I changed. So there, there's discrimination, they're stereotyping."