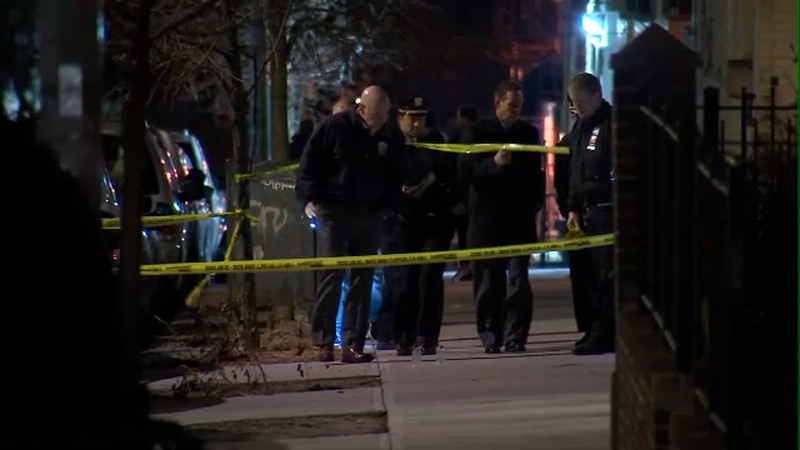 NEW YORK -- A child was injured and a woman is in critical condition after they were apparently hit by police bullets during an altercation with a suspect in the Bronx, police sources tell Eyewitness News.

Sources said 12-year-old Gabriel Haze and 45-year-old Irene Perez were caught in the crossfire as NYPD Officer Juan Gomez fired 27 rounds at an armed suspect near Loring Place North in the University Heights after 6 p.m. Wednesday.

Gomez and his partner, Officer Brandon Gembecki, were patrolling in an unmarked police car when the suspect, 36-year-old Edwin Castillo, allegedly robbed two men at gunpoint in a building's lobby on West 183rd Street. Castillo allegedly fired one shot, but no one was hit.

Sources said Castillo, covering his face and carrying the backpack, then emerged and walked past Gomez and Gembecki's car.

During the encounter, Perez was hit in the abdomen and transported to St. Barnabas Hospital. Doctors removed a bullet consistent with an NYPD 9mm round.

Haze, who was walking home from school with her mother, was hit by "several small metal fragments." She suffered minor injuries. The suspect was shot in the neck and foot, and neither officer was injured.

Police have yet to interview Gomez about the incident.

Colin Brown, Haze's grandfather, told Eyewitness News that his granddaughter is in good spirits, but his family is shocked.

"I keep crying all the time because I see the possibility of what could happen. She could lose her life too," said

The backpack containing what appeared to be a brick of narcotics was recovered at the suspect's arrest location on Fordham Road.