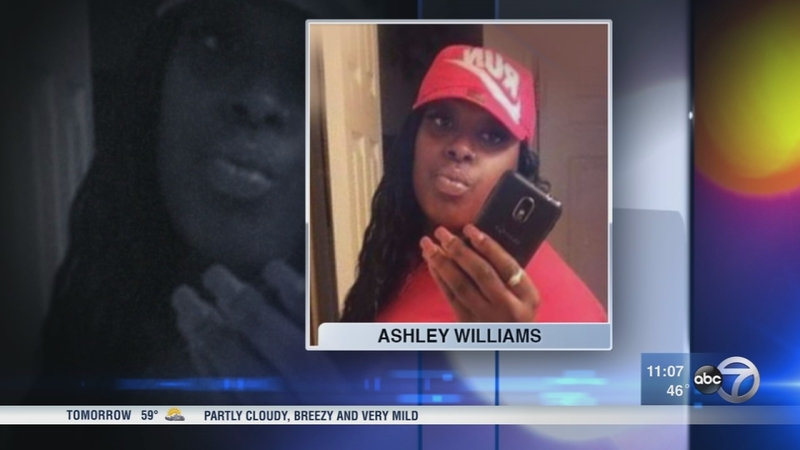 CHICAGO -- Chicago police fatally shot a man suspected of shooting a pregnant woman, killing her unborn child, authorities said. The woman's family said the suspect was her boyfriend and the baby's father.

Relatives identified the man as Richard Grimes, 36. They said he was excited to have a baby on the way, but he was depressed.

Grimes was going to be a father soon. But his sister said he must have snapped Sunday night, shooting his pregnant girlfriend, 24-year-old Ashley Williams, in the stomach.

Family said the unborn baby boy - already named Royal - did not survive. Williams, who was 8-months-pregnant, was listed in critical condition.

A neighbor who did not want to be identified said Williams made her way up to his apartment for help at around 11:30 p.m. Sunday. She was holding a pillow over her stomach.

"I just woke up and she just said she got shot," the neighbor said.
Police said Grimes ran from the scene. Officers caught up with him near Washington Boulevard and Kenton Avenue in the city's Garfield Park neighborhood. Police said he shot at officers twice, unprovoked. They returned fire, killing him in a gangway, police said.

"Unprovoked, the subject raises his handgun and fires a shot at our officer. The subject then flees. The officer calls for additional units. A perimeter was set up. The subject was again encountered in the 4500-block of Washington in a gangway. In that area, he again shoots at the officers. Officers return fire striking the individual," said Deputy Police Chief Al Nagode.

One police officer was hospitalized with a graze wound on his forehead and another is being treated for chest pains and an injured leg, police said. The officers involved in the shooting will be placed desk duty for 30 days.
A weapon was recovered from the scene. The Independent Police Review Authority is investigating.

The incident is the fourth fatal police shooting in nine days in the city.