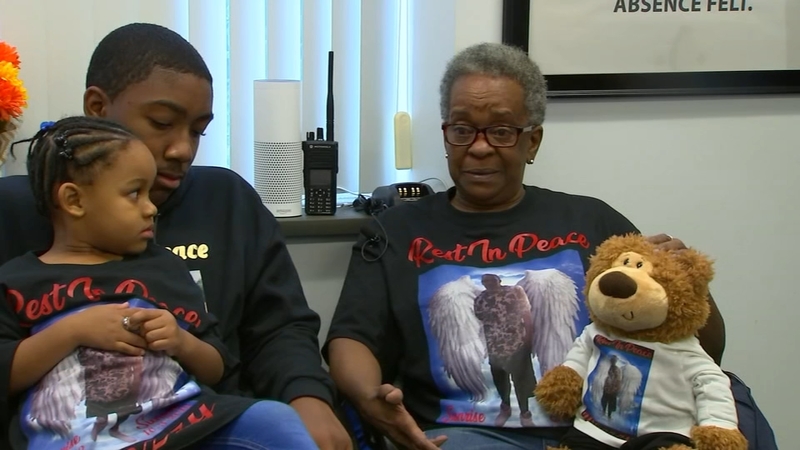 ROXBORO, N.C. (WTVD) -- Two weeks after a shooting incident that left one man dead and three others injured, Roxboro police are offering a cash reward for information about the two suspects still out there.

Rena Yancey still feels the presence of her son, Edgar Yancey, two weeks after he was gunned down.

Rena Yancey is left to raise his two children, who are still in shock.

"I'm just thinking he's going to walk in the house," said Khaleef Yancey, the victim's 14-year-old son. "But I know that he's not."

On October 3, Yancey and three others were inside this home on Foushee Street in Roxboro when investigators said two suspects unleashed chaos. One victim was pistol-whipped. Three others were shot.

Yancey was hit with the most bullets.

Wright and Lt. Chris Dickerson with Roxboro Police said they don't believe the victims knew their attacker. They also said the suspects may be from out of town.

Police said the motive was likely cash winnings from a poker game.

During a 24-hour period, Dickerson said random people were in and out of the home playing cards.

"That leads us to believe that someone could have relayed information about that location," Dickerson said.

The motive is devastating the family.

"But did you have to kill? Shoot?" Rena Yancey asked. "You didn't have to do that, just to rob someone over some card money. Did they have that much card money to win? Was this lifetime money for you?"

Yancey's 4-year-old daughter is too young to describe her pain.

She holds a teddy bear that was given to her by a police officer the night her father was killed.

The bear was given to police through Chaney's Champions, a nonprofit organization to provide comfort to children in need during a stressful or traumatic time.

"She didn't forget what the officer told her. She calls this her da-da," Rena Yancey said. "We just want the person (responsible) ... so we can move on -- because that is the last piece of the puzzle for us."