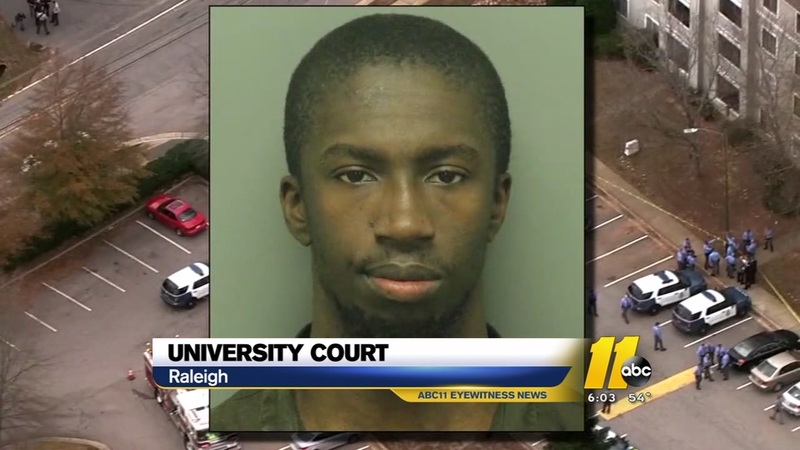 Details emerge about the man shot by Raleigh Police

RALEIGH (WTVD) -- "Suspect" is how police refer to 28-year old Kennedy Madueke. His family, through their attorney, says he is a victim.

Attorney Julian Hall says although the family hasn't been allowed to see Madueke at WakeMed, police are telling them Madueke is expected to recover even though he is in critical condition.

Police haven't yet laid out all the details of what happened at the condo where Madueke and a police officer were shot although they are saying Madueke had a knife.

Madueke's brother and sister haven't laid out details either even though they were there.

"At this point in time the family is focused making sure that their loved one makes it through critical condition," Hall told ABC11. "So I guess they haven't spoken too much about the knife. They haven't denied that he had a knife."

Hall said the siblings were there because Madueke has issues. A roommate told ABC11 on Thursday that Madueke has mental problems. A neighbor also said he often acts strangely.

"I would come in here at night from my job and there would always be somebody, who I believe to be the suspect, out on the porch like cat-calling at me," said Meredith Dann, who lives one floor up from Madueke. She added, "It made me feel kind of uncomfortable."

According to court records Madueke was evicted earlier this month for not paying rent. His landlord wrote in one of the documents that on a recent visit to the condo Madueke got physical with him. He claimed Madueke "... pushed me with the intent to hit."

In a 911 call, the landlord told police that on Wednesday morning he had formally evicted Madueke and locked him out but someone called to report that Madueke had come back and broken in.

That will likely be one of the things the State Bureau of Investigation looks at as it investigates the police-involved shooting. SBI investigation is standard procedure in such cases.

Madueke's brother and sister are cooperating with the SBI's investigation according to the family attorney, hoping it will provide answers to their many questions.

"They are very upset. They were there. They witnessed the shooting. And, again, they were there, their sole purpose was to de-escalate the incident," Hall said.

"And so they don't understand," he said, "how this thing escalated so quickly and so volatile."