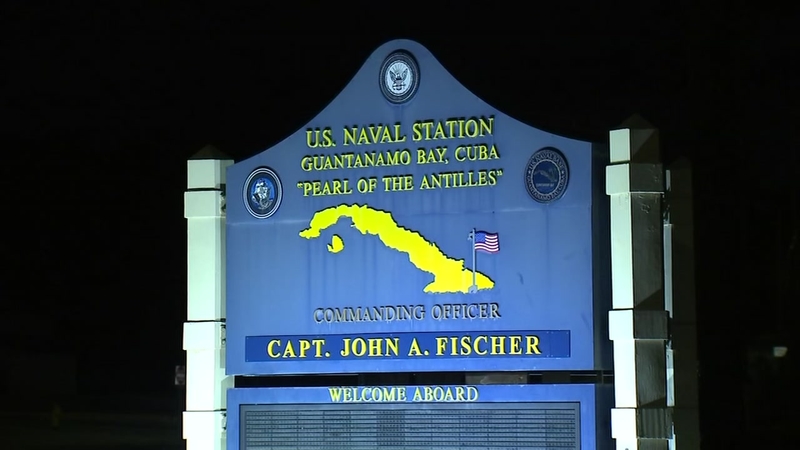 GUANTANAMO BAY, CUBA (WTVD) -- ABC11 is getting an inside look at our nation's multi-billion dollar detention camp for detainees accused of war crimes and terrorism.

Joint Task Force Guantanamo invited Morgan Norwood along for a tour of the facilities, meetings with key leaders, and the opportunity to connect with local soldiers deployed to the navy base and prison.

Guantanamo Bay Detention Camp was established by President George W. Bush's administration in 2002 during the peak of the War on Terror.

ABC11's Morgan Norwood talks to a soldier from Fayetteville headed to Guantanamo Bay.

His successor, President Barack Obama promised to close it, later reducing the number of inmates from about 250 to roughly 41.

Guantanamo Bay or "Gitmo" for short has been the center of controversy with prisoners accusing the U.S of inhumane conditions; which later led to the discovery of intense torture, specifically a military-style technique called waterboarding.

Today there are just 40 detainees left at Guantanamo Bay. However, more than 1,400 service members are deployed there.

ABC11 will be following local soldiers from North Carolina as they spend months away from their families serving in Guantanamo Bay.

Get more coverage by following Morgan Norwood on social media.