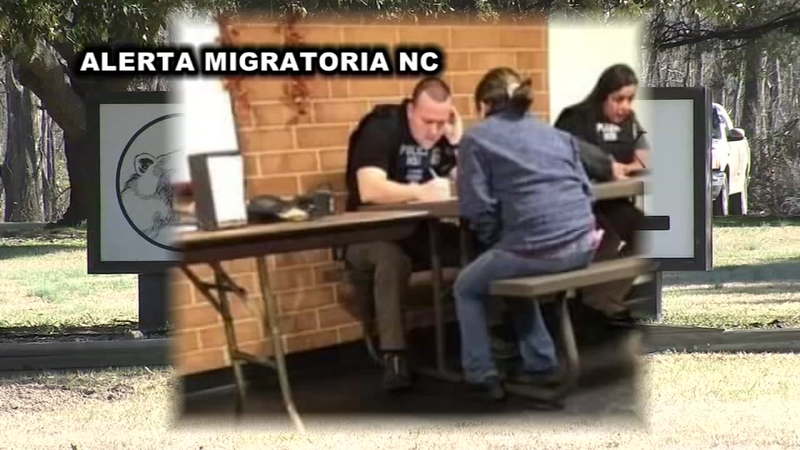 Call to action on ICE raids

Many undocumented residents have said they are living in fear following the recent ICE raids.

RIGHT NOW—Governor’s Advisory Council on Hispanic/Latino Affairs is meeting in Raleigh. I’m told immigration activists will bring up the recent ICE raids in the state. This group speaks about issues they want brought up to @NC_Governor Roy Cooper. #ABC11 pic.twitter.com/f2SCKSAGbJ

The group spoke its concerns and urged Cooper to make a statement about the recent immigration raids.

"Someone in his position influences others simply by the statements that he makes, so if he comes out in support for these issues then other people are more likely to speak up because they see someone in such power speaking up for us," said Maria Lopez Gonzalez, an immigration activist. "The least that we think he could do is say he stands with us, that he wants to protect us. That he's willing to do something."

Cooper spokesman Jamal Little sent a statement saying: "The bottom line is we need comprehensive immigration reform at the federal level that works to secure our borders without terrorizing communities, and that needs to happen now.