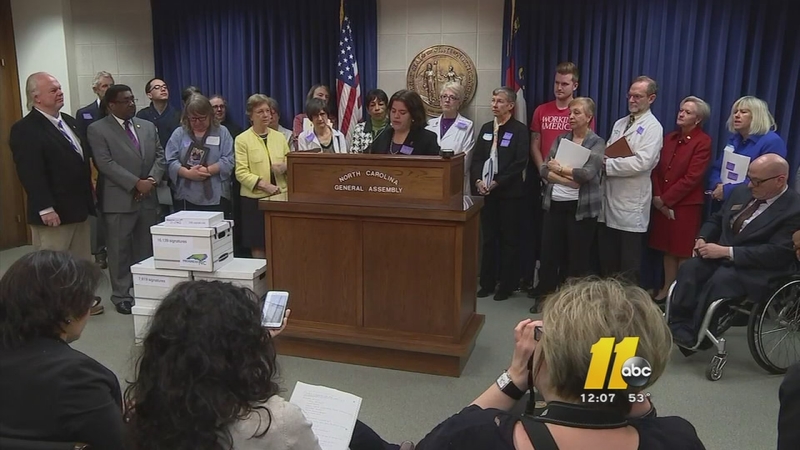 RALEIGH (WTVD) -- Dozens of advocates delivered a petition to Gov. Pat McCrory in Raleigh Tuesday asking him to back expanding Medicaid in North Carolina.

The advocates called Tuesday Medicaid Expansion Advocacy Day. They timed the event for the day a proposal to expand the government health insurance was expected on the floor of the North Carolina House.

Van Duyn said the decision not to expand the Medicaid in North Carolina under The Affordable Healthcare Act will cost the state $3.3 billion.

"That money would have created 29,000 jobs. And as people in those jobs clothe their families, go to the grocery store, buy homes, pay taxes, the ripple effect of taking Medicaid dollars would create a total of 43,000 jobs by 2020. That is real economic development," said Van Duyne.

The lawmakers were joined by people who say their lives have been impacted for the decision not to expand Medicaid.

The advocates also planned to submit a petition with more than 35,000 signatures to McCrory's office.