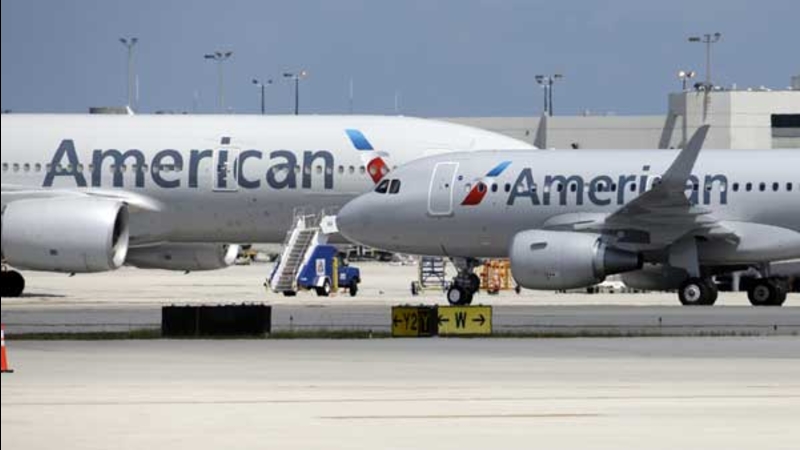 American Airlines and United Airlines have issued a statements condemning the separation of immigrant families at the border and asking the federal government to not use their airline to transport kids that have been taken away from their parents in this way.

American Airlines says they have a contract with the government to transport people, but that the government does not tell the airline who they are transporting, so they have no knowledge if they have actually flown these kids, but say "we would be extremely disappointed to learn that this is the case."

"The family separation process that has been widely publicized is not at all aligned with the values of American Airlines - we bring families together, not apart. American, like many U.S. airlines, provides travel to the federal government through contracts; however, the government does not disclose information about the nature of the flights it takes or the passengers who are traveling. While we have carried refugees for non-profits and the government, many of whom are being reunited with family or friends, we have no knowledge that the federal government has used American to transport children who have been separated from their parents due to the recent immigration policy, but we would be extremely disappointed to learn that is the case."

"We have therefore requested the federal government to immediately refrain from using American for the purpose of transporting children who have been separated from their families due to the current immigration policy. We have no desire to be associated with separating families, or worse, to profit from it. We have every expectation the government will comply with our request and we thank them for doing so."

"At United Airlines, we have been concerned about reports that commercial airlines have been used to transport immigrant children separated from their parents by a newly implemented immigration enforcement policy. Based on some research we have done internally and public reports, we have not seen evidence these children have been flown on United aircraft. Based on our serious concerns about this policy and how it's in deep conflict with our company's values, we have contacted federal officials to inform them that they should not transport immigrant children on United aircraft who have been separated from their parents. Our company's shared purpose is to connect people and unite the world. This policy and its impact on thousands of children is in deep conflict with that mission and we want no part of it."
Report a correction or typo
Related topics:
politicstexaswashington dcimmigration reformunited airlinesairline industryamerican airlinesu.s. & worldpresident donald trumpimmigration
Copyright © 2021 KGO-TV. All Rights Reserved.
IMMIGRATION
Boxyard RTP mural celebrates Asian immigration and innovation
Texas begins jailing border crossers on trespassing charges
Judge orders end to DACA, current enrollees safe for now
US stops jailing pregnant migrants, reversing Trump policy
TOP STORIES
Billy Graham's grandson out of hospital after battle with COVID-19
Simone Biles to return for balance beam finals
Senate reveals details of nearly $1T bipartisan infrastructure bill
LATEST: 92 of NC's 100 counties at high COVID transmission
4-year-old among 3 hurt in Granville Co. road rage shooting: Deputies
Florida breaks record for COVID-19 hospitalizations
Show More
Chill with pups and grab a drink at this downtown Raleigh bar
DaBaby dropped from Lolla lineup due to recent homophobic comments
MTV marks 40 years with new 'Moon Person' design
Man dies after being shot along Rock Quarry Road in Raleigh: Police
'Innocent' Wake Forest woman shot, killed in Wilmington, police say
More TOP STORIES News